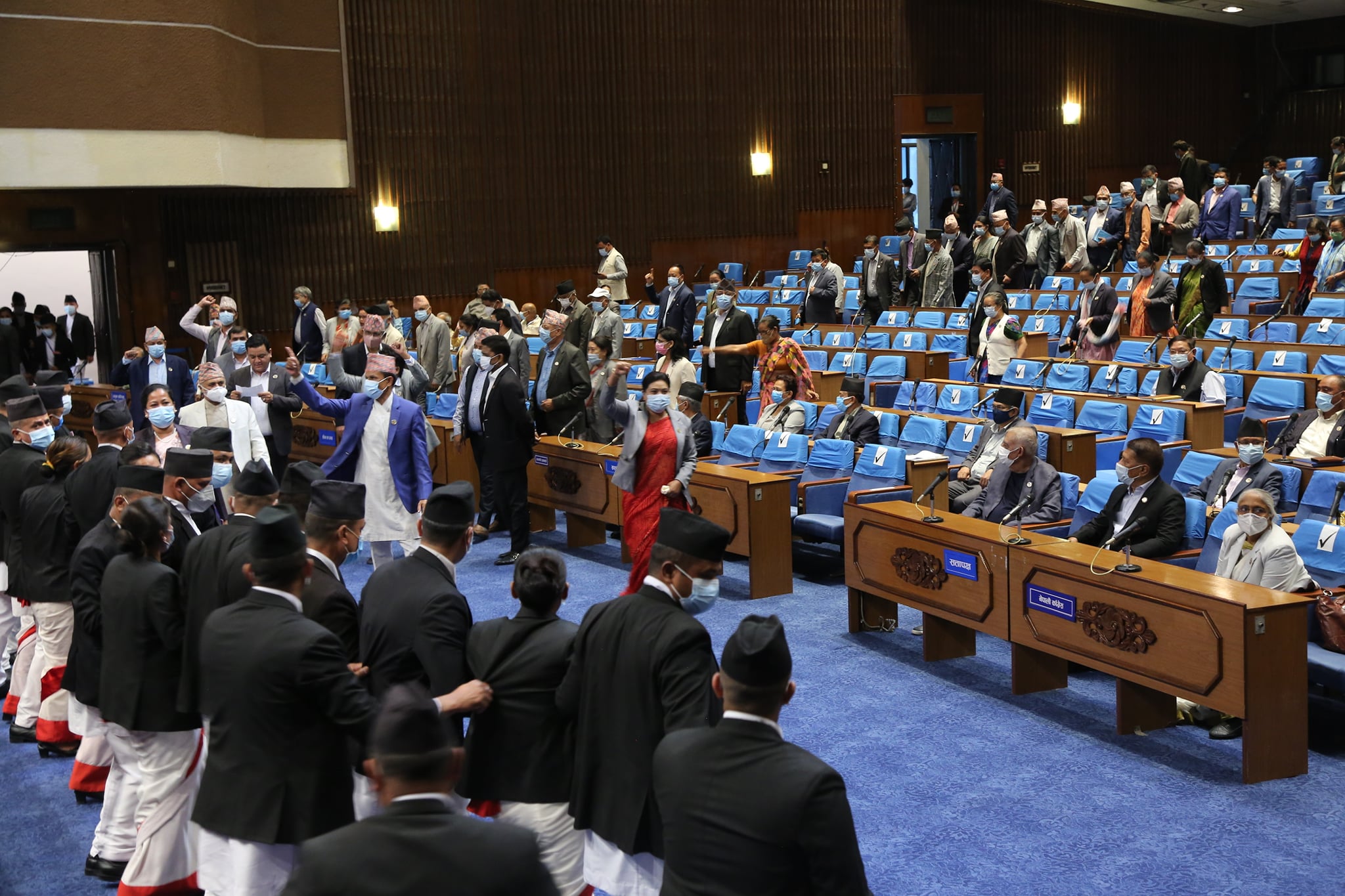 KATHMANDU: The meeting of the House of Representatives on Monday endorsed the Appropriation Bill 2078 amid pandemonium on Monday.

The Sher Bahadur Deuba-led coalition government had recently tabled the revised budget through the replacement bill to replace the budget presented by the erstwhile KP Sharma Oli-led government for the fiscal year 2021/22.

As soon as the meeting began, the UML lawmakers started ranting slogans and picketed the well of the Parliament.

The UML has been obstructing the Parliamentary proceedings for the past few days to protest Sapkota’s refusal to remove 14 of its defecting lawmakers from their parliamentary status.

The government also had to observe ‘a budget holiday’ for being unable to get the Appropriation Bill endorsed by the Parliament.

During the discussion on the bill, Nepal Workers and Peasants Party lawmaker Prem Suwal floated a proposal to slash the expenditure.

After the proposal was rejected, Finance Minister Janardan Sharma presented the Appropriation Bill. Later, the Speaker endorsed the bill.

The passage of bill has paved the way for the government to spend the budget.