Govt told not to take action against those involved in protesting against MCC, Indian PM 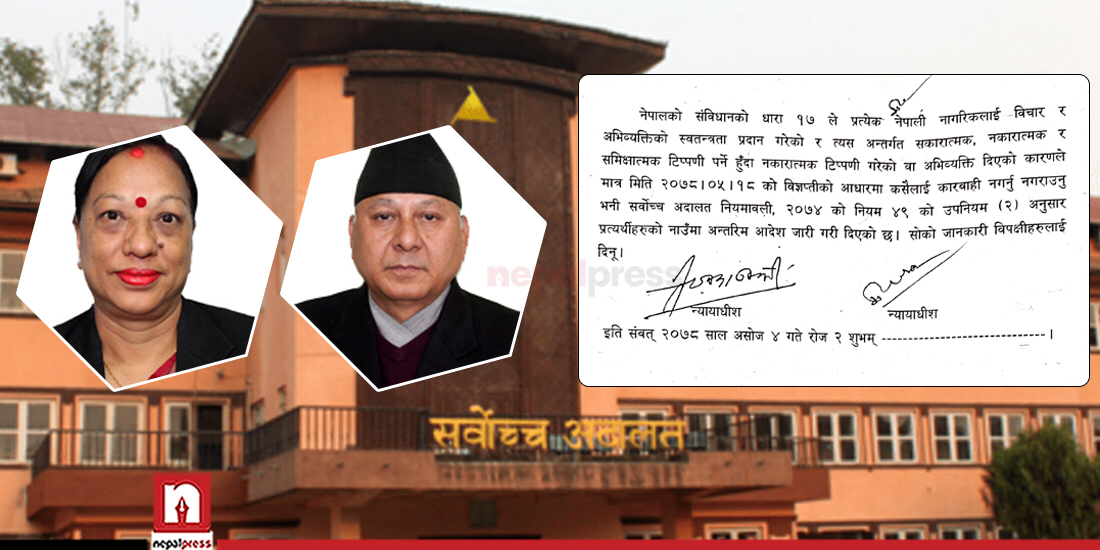 KATHMANDU: The Supreme Court on Monday issued an interim order directing the government to not take action against who protest against Millennium Challenge Corporation (MCC) and Indian Prime Minister Narendra Modi.

A joint bench of Justices Mira Khadka and Tej Bahadur KC issued the interim order on the basis of a statement issued on September 4. The Home Ministry on September 4 had issued a statement warning people not to carry out activities like protests and sloganeering against the prime minister of a neighboring country and burning his effigy.
The Ministry, however, did not mention the name of the prime minister, but it was obvious that the reference was to Indian Prime Minister Narendra Modi.

The apex court ordered the government not to take action against the people who protest against the MCC and the Indian Prime Minister on the basis of Article 17 of the Constitution which states that every citizen has the right to freedom of opinion and expression.

Advocate Pravesh KC had filed a writ petition stating that the two statements issued by the Home Ministry has curtailed the freedom of speech.

Earlier on September 3, the Home Ministry had warned people against making any negative comments about development projects supported by two friendly nations and employees working in such projects.