Why are exams so unreasonable and disorganised in Nepal? 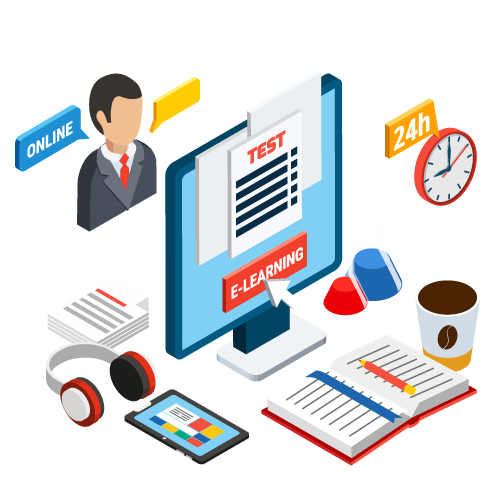 One of the sisters, who had been working hard day and night, said that she did not want to study from the first day of the exam. While studying science, she is a very hardworking and talented student. Until the day before the exam started, she would have been studying till 1-2 o’clock at night. She was so worried about her examination as she wanted to achieve good grades.

As the first day of her examination started, she became very discouraged and completely stopped studying. The environment of the exam centre made her feel so upset and discouraged her to study. According to her, she did not study a bit in the exam after the first day of her examination. She said that she was asked to do whatever she likes to do in the exam hall. After that, she attempted her exams without any preparations as she was allowed to write answers by opening notebooks, mobile,  etc. Therefore she attempted all the questions expecting full marks in the exam. She copied all the answers from the book, mobile phone and from her mates as well.

This is just an experience of a Nepalese student who is studying at the university level. There are many students who have said that exams in Nepal are very irregular and unorganized and they express their experience that there is an unpleasant environment over the last few years. Due to such unsystematic and irresponsible management, most of the students get discouraged from their studies.  I have also seen such a situation and after hearing the sufferings of many students. In my opinion, this is one of the greatest burning problems in the education system of  Nepal and I want to raise some issues regarding the examination system of Nepal.

Philosophically, people say that our life itself is an examination as we all need to go through many unexpected situations and face different consequences. However, I am not talking about it from a philosophical perspective, I am basically talking about the academic examinations which are held to evaluate the capability of the students.   Exams are especially considered as an evaluation process. An examination is a formal test that you take to show your knowledge or ability in a particular subject or to obtain a qualification. Exams are taken in different ways all around the world. Exams are of different types. When it comes to Nepal, paper-pencil examinations are going on a lot. Students have been evaluated through this process for a long time. Students must take an exam to pass each level. That too, especially the three-four hours paper-pencil examination. Whereas the question is why can our concerned authorities not take exams in a dignified manner? Why are exams so messy? Who is the responsible factor for this issue?

Due to the Covid-19 pandemic, the entire world has been suffering a lot. Specifically, the education sector is mostly affected. Exams were stopped for a very long time at all academic levels. Let’s start with the S.E.E Examination. It was cancelled unexpectedly last year. Students and parents had to go through misery for a few months. After continuous pressure from different social media and with a  lot of discussions, eventually, the government made an announcement and urged the education ministry to evaluate the students based on their internal performances. Many schools misused this completely new method of evaluation. We could read news and watch the interviews of the head of the SEE examination board of Nepal, internal marks were sent randomly without evaluating the students. This thing was repeated this year as well. It is clearly understood that our education system is marks based.

After many months, high school level exams were conducted. Exams were held in shameful manners. Several videos were viral on social media: students were copying and cheating from the mobile and giving their tests in an indiscipline way. However, exam invigilators were just standing like a statue in the exam hall.  It shows that academic exams in Nepal are not conducted in a dignified manner. It is teaching students nothing rather than unknowingly playing with the future of the students.

Talking about the university level exams, the exams were stopped for a long time and finally, the university published its routine but the exams took place amidst hustle and bustle. The students were confused as to whether the exam would be held or not. The university, which conducted the exam in the midst of confusion, took the exam in an unorganized manner.

The university takes the exam but in a very unorganized way. The examination centre specifies and after receiving the admit card, it is written on the back page that the rules should be followed by the examinees but sadly not a single rule is applicable in the examination hall.

A month ago, Tribhuvan University published the exam centre for the examinees. Our centre was on one of the renowned campuses in Kathmandu valley. I thought that exams would be conducted in a systematic manner. Unfortunately,   I was very upset to see the exam in a very chaotic environment. There were big buildings in the examination centre. But the management was very embarrassing. There was no proper seat panning and arrangement for the examinees where students could sit accordingly without any argument. Students were let to sit wherever they want, they could do whatever they want. The exam hall looked like a fish market. The most ridiculous thing was the behaviour of the people who came to observe from time to time. Wasting the time of the examinees by making noise by moving around and moving the place of the examinees.

While moving, the supervisors would tell us that” if it happened in our time, it would be a direct restriction”. Isn’t it a controversial statement? After all, who corrupted the system? And there was a lot of noise and discussion inside the exam hall. What was understood by such activities was that the duty holders that lived there were only there to cook their jobs. Their behaviour was very rude and disturbed the test takers from time to time.

There was no sense of responsibility in invigilators. They could neither create the atmosphere for the students to take the exam in a peaceful environment nor did they provide any encouragement. They just stood in the exam hall, talked on the cell phone with a loud voice, moved here and there but did nothing to the cheaters. Don’t get me wrong, cheaters are the ones who do not write what they have prepared for the exam rather they try to write from the internet, notes and ask their classmates to discuss the answers and write in their answer sheets.

Giving the exam is not just sitting in the exam hall for 2-4 hours and filling the paper. The exam teaches everyone a lot about honesty, discipline, the importance of time and time management if it is conducted in a disciplined and dignified manner. It is more important for a person to understand how to give the exams in a disciplined manner than to get marks in a paper-pencil exam. In this way, our academic exams are unknowingly playing on the future of the students. Why are our managers so irresponsible? Why can’t they take the exam in a systematic manner?

Can’t our schools, colleges and universities conduct the exams in a dignified manner? Is this our system failing day by day? What will happen to the next generation in the future? Instead of sitting in college and office and talking about the bigwigs of politics and their party’s side, one cannot hold a meeting and discuss how to make the exam dignified and how to conduct it.

People say that initially it was very good and exams used to be conducted in well-organized and dignified manners. My question: after all, who spoiled the system? Who is responsible for this? Don’t take it otherwise, somewhere exams may have been conducted in a dignified manner, but not in most places.

It is said that education is the backbone of any country’s development. If we want to push the country towards decline, we can ruin education. The purpose of my article is not to protest against the fact that the student cheated in the exam and obtained good grades. One of the things I am trying to raise is that paper-pencil examination is not good for evaluating the real capability of the students and another thing is why not operate this system in a systematic manner? Are the scholars who make our rules irresponsible? Why are the systems deteriorating day by day? Students are being deprived of integrity, honesty and fulfilling their responsibilities. Seemingly normal but it is a serious issue and a great problem.