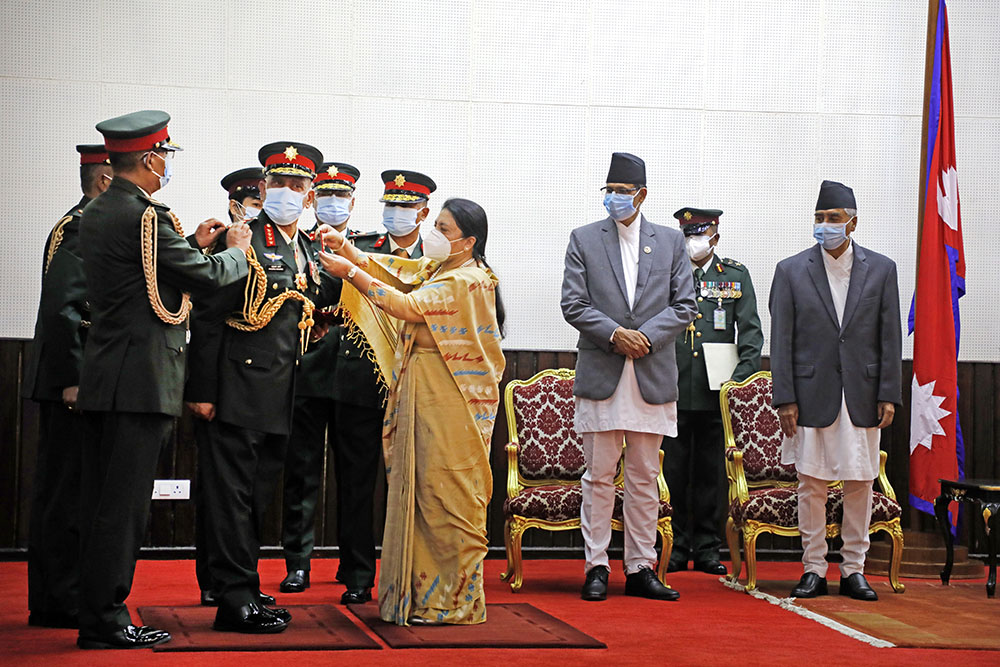 CoAS Sharma took the oath of office and secrecy amidst a special ceremony held at President’s Office, Shital Niwas.

Sharma is the 44th CoAS of the Nepal Army, the major security agency of the country. He is formally assuming the office for a three year’s term from today itself.

Earlier, President Bhandari had appointed Sharma as new CoAS upon the recommendation of the government to be effective today itself.

Sharma is scheduled to conduct a puja at Nishan Bhagawati temple in Army Headquarters. A contingent of the Nepal Army will accord a guard of honor to the new CoAS Sharma. He is also addressing a programme to be attended by generals.

Sharma has got training on national defence from India, on terrorism and security from the US, on defense from Thailand and Pakistan, and high-level training on peace army from Bangladesh. Sharma has carried out responsibilities in various capacities in the Nepal Army including director-general on war action. He is well aware of national and international security and contemporary issues. Sharma has also led the UN peacekeeping missions.

CoAS Sharma has done MA in history from Tribhuvan University and MPhil on counter defence and strategy from the Madras University of India.

With the appointment of a new CoAS, the three-year term of former CoAS Purna Chandra Thapa expired today.