Garbage yet to be cleared off from major thoroughfares of Kathmandu 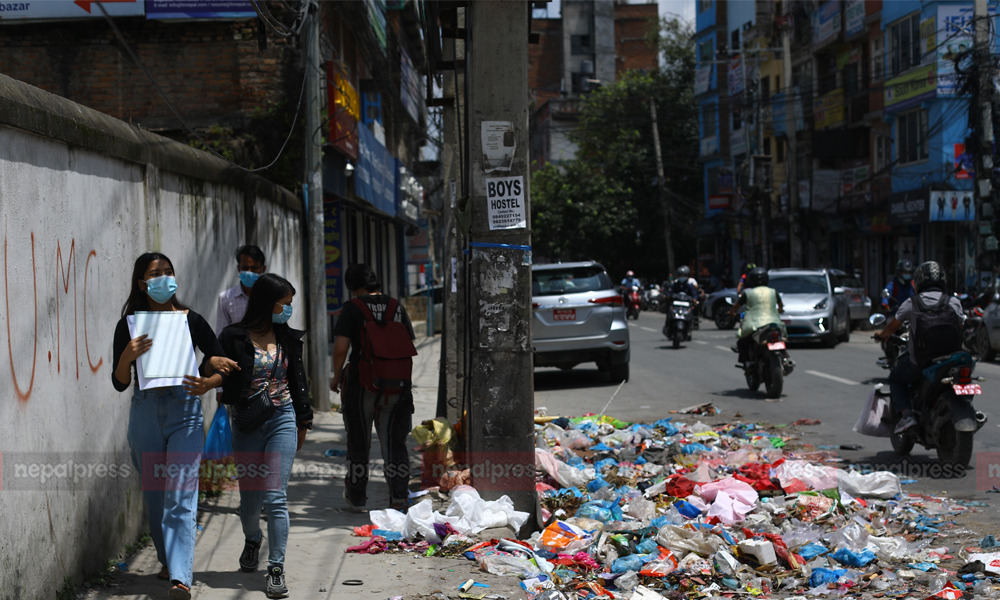 KATHMANDU: Although the Kathmandu Metropolitan City (KMC) resumed the collection of garbage in various roads and chowks of Kathmandu Valley, the major thoroughfares of the Valley are still littered with solid waste.

The Kathmandu Metropolitan City (KMC) had positively intervened for garbage collection that was halted for 18 days and garbage was being collected since last Wednesday.

Despite the resumption, Kalanki, Kalimati and Khasi Bazar, among others, public thoroughfares had mounds of garbage piled up one over another.

Locals of the Sisdol Landfill Site in Nuwakot district had objected dumping of garbage and the garbage collectors had also halted collecting garbage in Kathmandu which led to heaps of uncollected garbage on the roadsides and thoroughfares in 18 local units of the district.

The incessant rain had also played spoilsport in the garbage collection and dumping process of the Metropolis.

According to Hari Kumar Shrestha, Chief of the Department of Environment at KMC, all solid wastes piled up in various places of Kathmandu will be collected within three days.

KMC estimated that a total of 15,000 metric tons of garbage had mounted in various places of Kathmandu during 18 days.