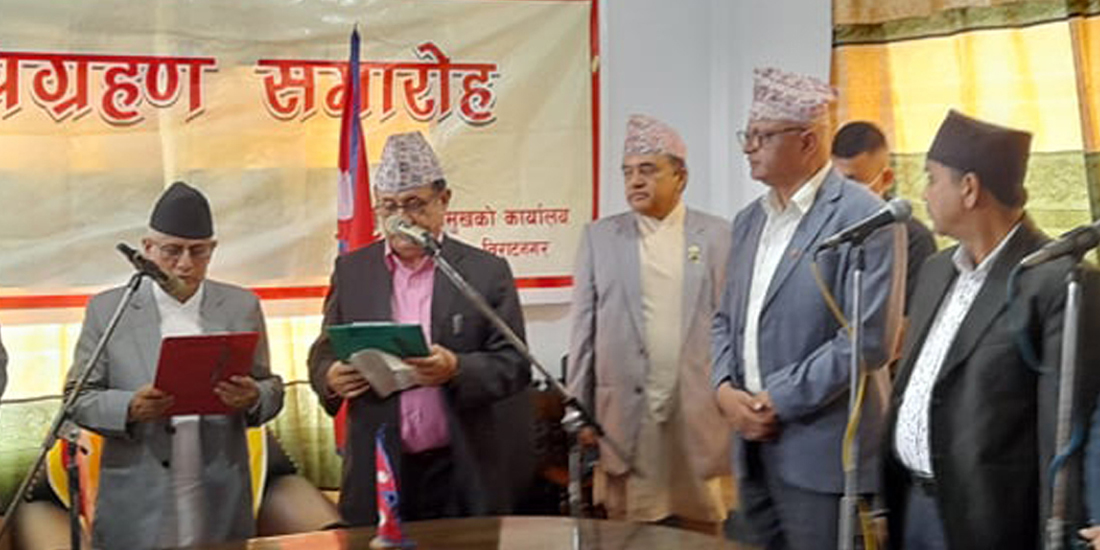 BIRATNAGAR: CPN-UML Parliamentary Party leader Bhim Acharya has been appointed as the new Chief Minister of Province 1 on Thursday.

Acharya was elected unanimously as the Parliamentary Party leader of Province 1 this morning with the backing of Chief Minister Sherdhan Rai.

He took the oath of office and secrecy today itself.

Acharya was earlier in the Madhav Nepal faction. He was one of the leaders who left Nepal after the party split. Now this group has merged with the UML.