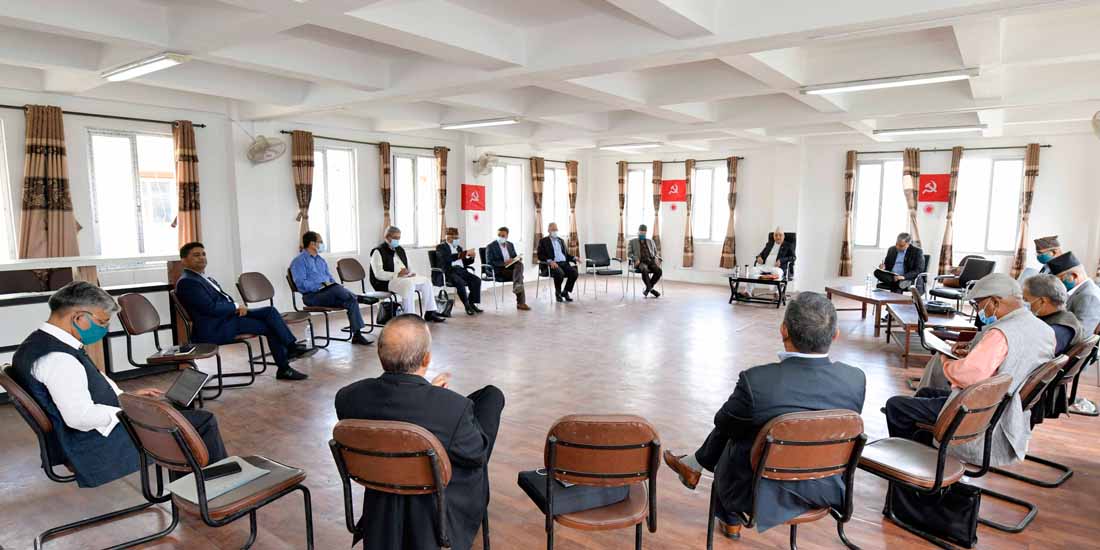 KATHMANDU: The CPN-UML has called its Standing Committee meeting for Tuesday.

The party has decided to call the Standing Committee meeting for tomorrow to take ahead the process to implement the 10-point agreement, UML General Secretary Ishwor Pokharel said.

Earlier, this morning, leaders close to Madhav Nepal who expressed their reluctance to join the CPN (Unified Socialist), reached party Chairman KP Sharma Oli’s residence in Balkot to urge him to implement the 10-point agreement.

Pokharel said that the party has become united now and the party would stand together even if some leaders abandon the party.

ALSO READ:  “10-point pact will be implemented soon, leaders not joining Nepal will get their earlier responsibilities”