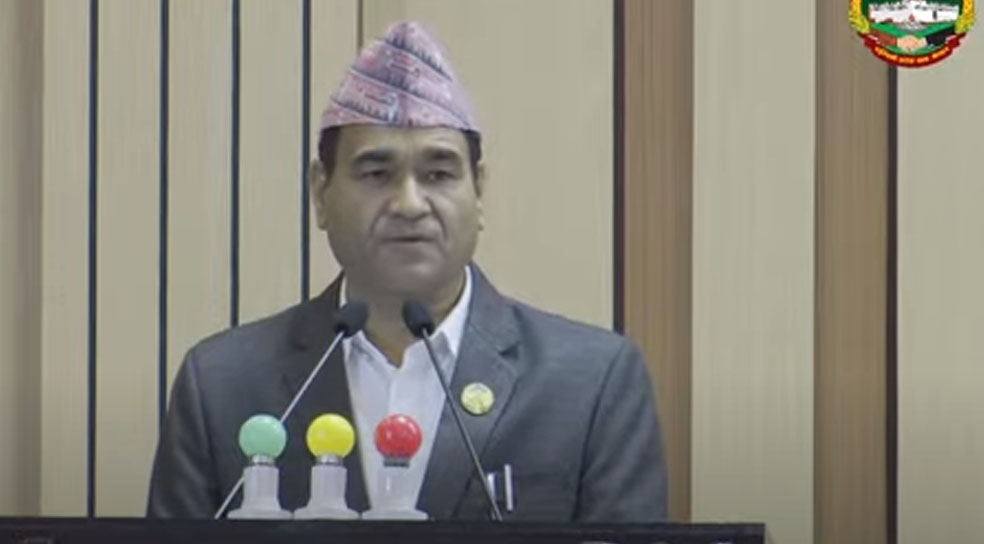 The main opposition CPN-UML lawmakers, however, walked out of the Provincial Assembly meeting when KC was seeking the vote of confidence.

UML Lumbini Province Deputy Parliamentary Party leader Baijanath Chaudhary said that as this meeting has no significance, they decided to boycott the meeting.

Though the UML lawmakers have been obstructing the meeting whole day today demanding removal of Ajay Shahi and Bimala Oli, KC sought the vote of confidence after Speaker called the meeting for the fourth time today.

The Province Assembly, however, claimed that Ajay Shahi, who had won the elections from the Sun election symbol, as an independent lawmaker.