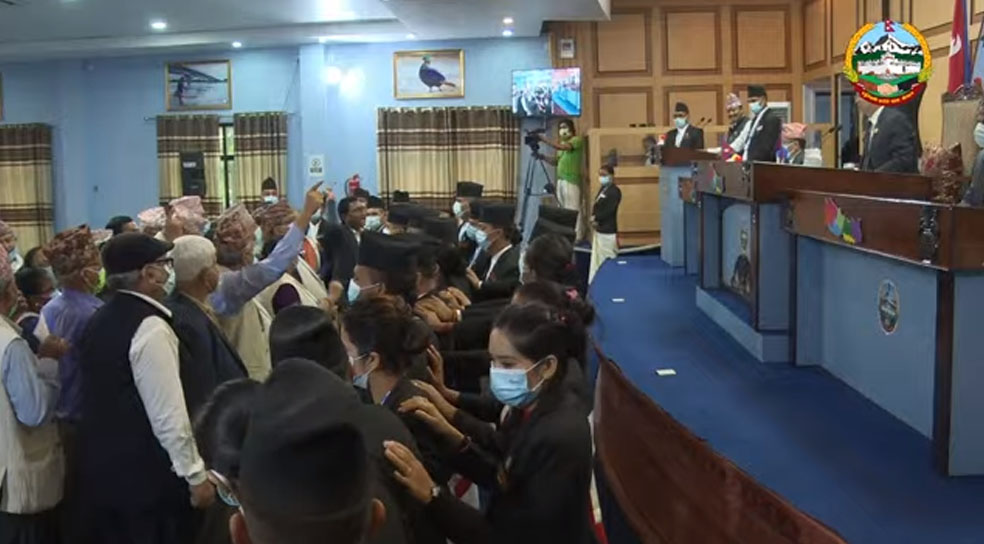 RUPANDELHI: The CPN-UML lawmakers have obstructed the Provincial Assembly meeting of the Lumbini Province on Monday. They demanded that Ajay Shahi and Bimala Oli be removed from the post of lawmakers at the earliest.

Earlier on August 22, the Lumbini Provincial Assembly secretariat told the main opposition CPN-UML that shahi and Oli cannot be removed from the post of lawmakers saying that they were elected to the post from the Sun symbol and are legal members of UML.

UML Parliamentary Party Chief Whip Bhumeshwor Dhakal on August 17 had submitted a letter to the Lumbini Province Assembly demanding the removal of Shahi and Oli from the post of lawmakers for carrying out anti-party activities.

The UML leaders said that they would not allow the Provincial Assembly to proceed with its business until Shahi and Oli are removed from their post.