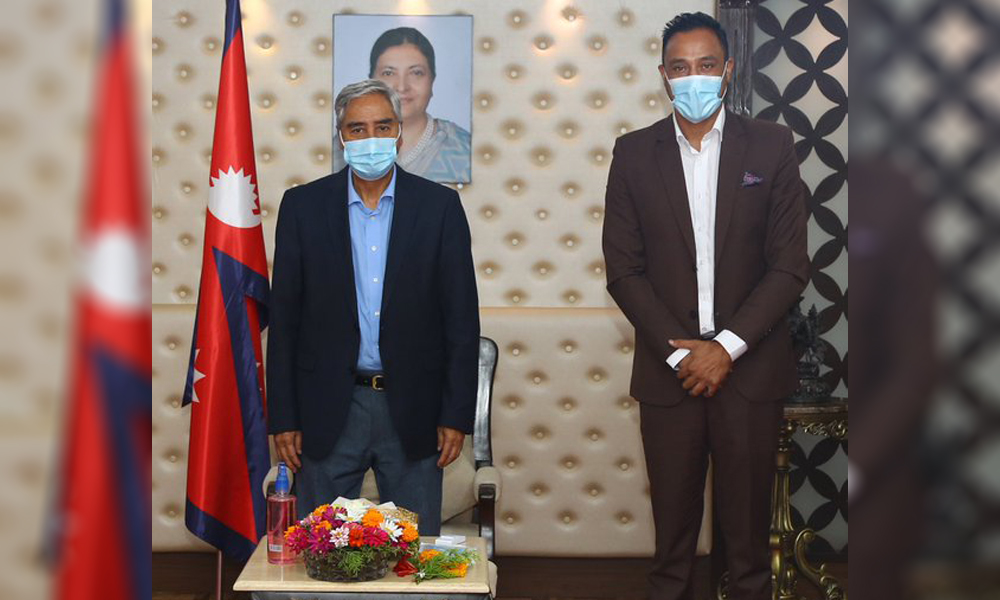 During the Prime Minister Deuba thanked Khadka for his contribution in the Nepali cricket.

Khadka had announced his retirement from international cricket on August 3.

After the meeting, Deuba thanked Khadka and wished him all success in his future enndeavour through Twitter. He shared a photo with Khadka and writes, “Thanks to Paras for every success that Nepali cricket has achieved in two decades, those exciting victories that Nepalis will never forget and for inspiring us to dream bigger in cricket.”

Khadka also responded to Prime Minister Deuba’s congratulations via Twitter. Paras writes, “Thank you to the Hon’ble Prime Minister for assuring us of his support for the growth and development of Nepali cricket in the days to come.”