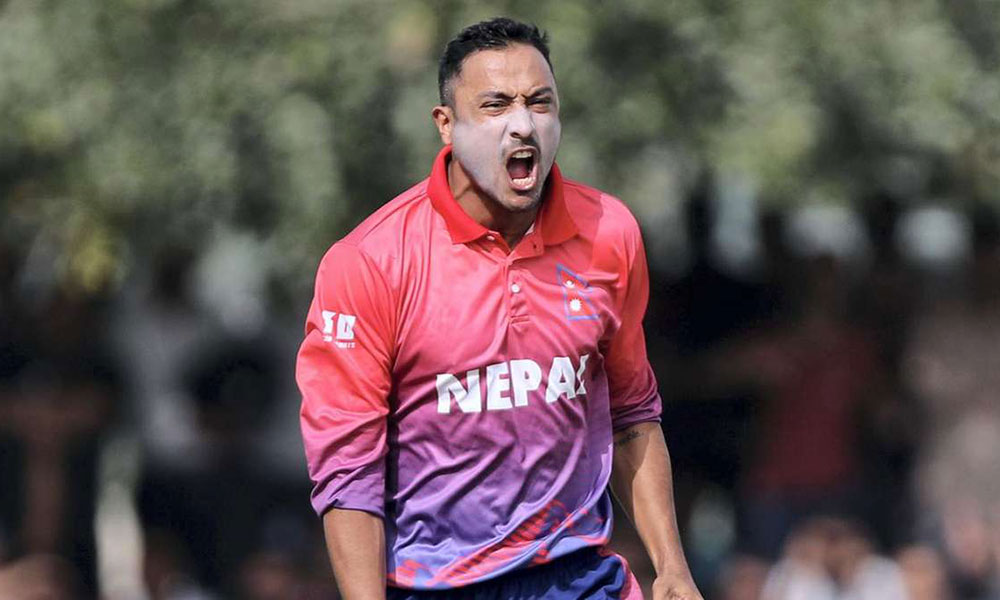 “With utmost clarity, respect and gratitude, I have now decided to retire myself from playing international cricket,” Khadka wrote on Facebook.

Nepali cricket team had achieved many accomplishments under the leadership of Khadka.

“Playing for Nepal has been my biggest achievement and for that I will always be indebted towards my coaches, players, fans, skate holders, friends and family for their continuous support over the last 18 years since I started as a young 15 year old, back in 2002,” Khadka in his post said.

Khadka had played an important role to elevate Nepal to One-Day International (ODI) from Division 5 in 2010. Nepal also played T20 World Cup held in Bangladesh in 2014 under his captainship.

Khadka further said, “As a cricketer I have given my heart, blood and soul and have always dreamt to achieve better for my country”.

He said “My ultimate dream is to see Nepal have a better cricketing system for which i have spent all my energy, in the last two decades and to improve it will require equal support from everyone in the cricketing community and beyond”.

“This amazing journey on a cricket field as an international cricketer ends here but the cricket dreams for my country have just started”, khadka said.

He had resigned from the post of captain in 2019 and was replaced by Gyanendra Malla.