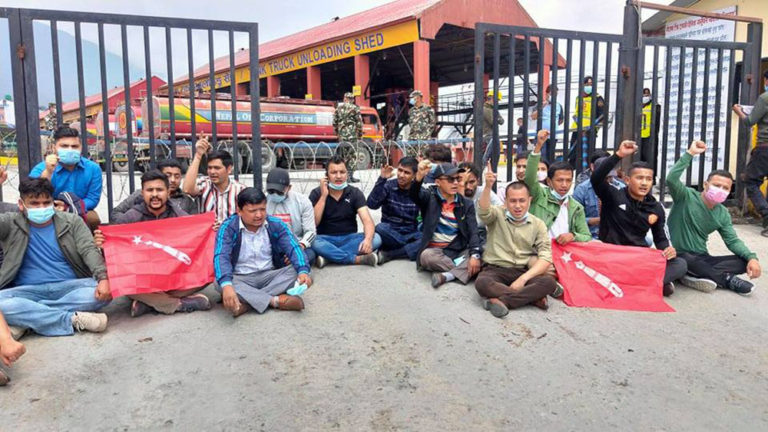 KATHMANDU: The  United Students Union has closed petrol pumps in protest of the price hike. They have blocked the distribution of petroleum products since Wednesday morning. Similarly, tankers have not been allowed to run.

Rantij Tamang, the coordinator of ANNISU-R, informed that the protest was held at the main gate of NOC Thankot Depot  “People from the five student organizations are about to close all other petrol pumps. We have asked the government to take back the increased petroleum products. The protest is ongoing.”

They handed over a letter to the National Association of Petroleum Dealers and the  Federation of Nepalese National Transport Entrepreneurs on Tuesday asking them to shut down petrol pumps and tankers used for transportation.