Landslides on Narayangadh-Mugling highway continue, use of alternative routes suggested 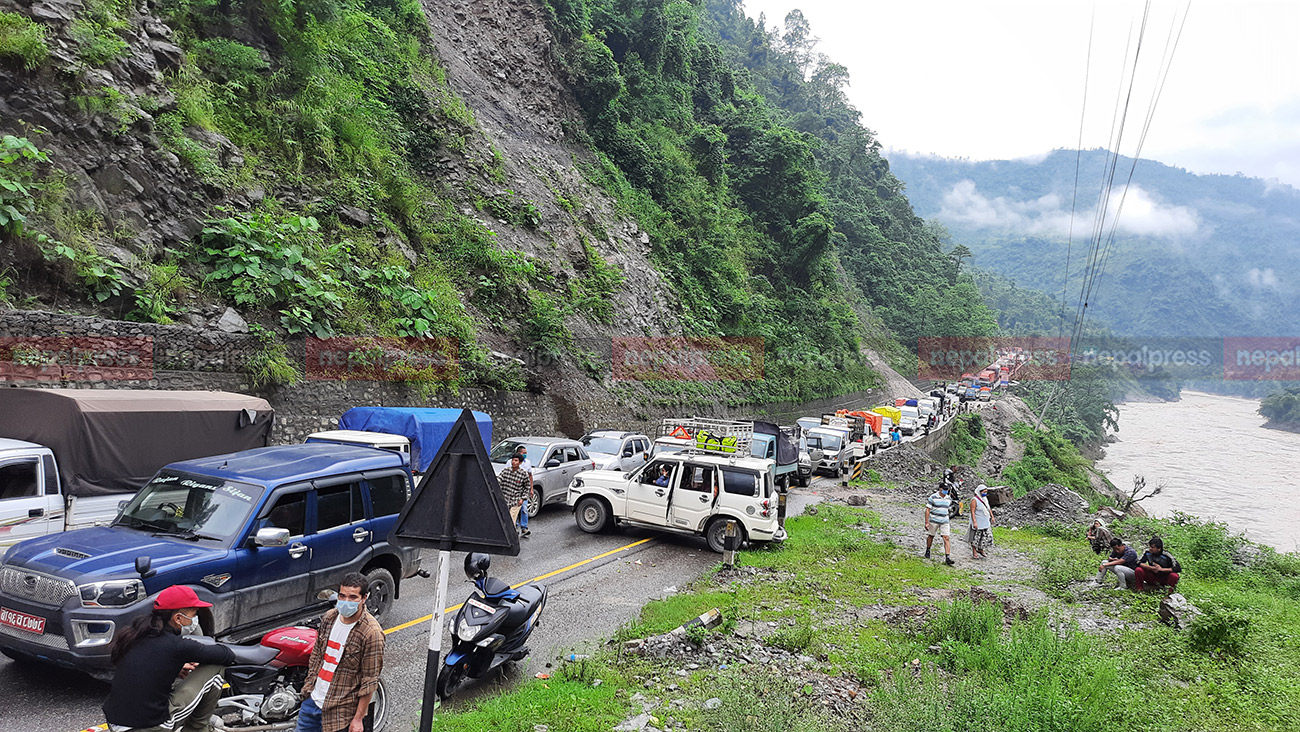 CHITWAN: As landslides continue to occur after three days of continuous rain, the Chitwan Traffic Police has suggested that those who are preparing to travel on the Narayangarh-Mugling road use alternative routes. Long lines of vehicles have formed on both sides after landslides fell in places due to continuous rains

According to District Traffic Chief Bhagwan Raj Thapa, the landslide rubble will be removed today (Saturday). But for this, the rain must stop.

A big landslide has occurred in Ghumaune. Landslides have fallen in Chaudhakilo, Setidobhan, Panchkilo, Charkilo, Ghopte Bhir, and Kurintar. A landslide occurred at the same place again within two hours of resuming vehicle movement one-way after completing the landslide removal work at Charkilo from 5 AM yesterday.

Five JCBs have been used to remove the landslide rubble. Thapa said that it would take at least seven hours to resume the one-way movement of vehicles if another landslide does not occur. There are Hetauda-Kulekhani-Daman-Naubise, Hetauda-Bhainse-Pharping-Dakshinkali bypass roads as alternative roads to reach Kathmandu.

These roads are about 45 kilometers long bypass roads. Only small vehicles can drive here. Similarly, for long-distance vehicles, the Hetauda-Pathlaiya-Bardibas-Sindhuli-Banepa route can be used for those coming in from the east. Vehicles from Butwal and Bhairahawa will be able to use the route via Pokhara to Mugling and reach Kathmandu.