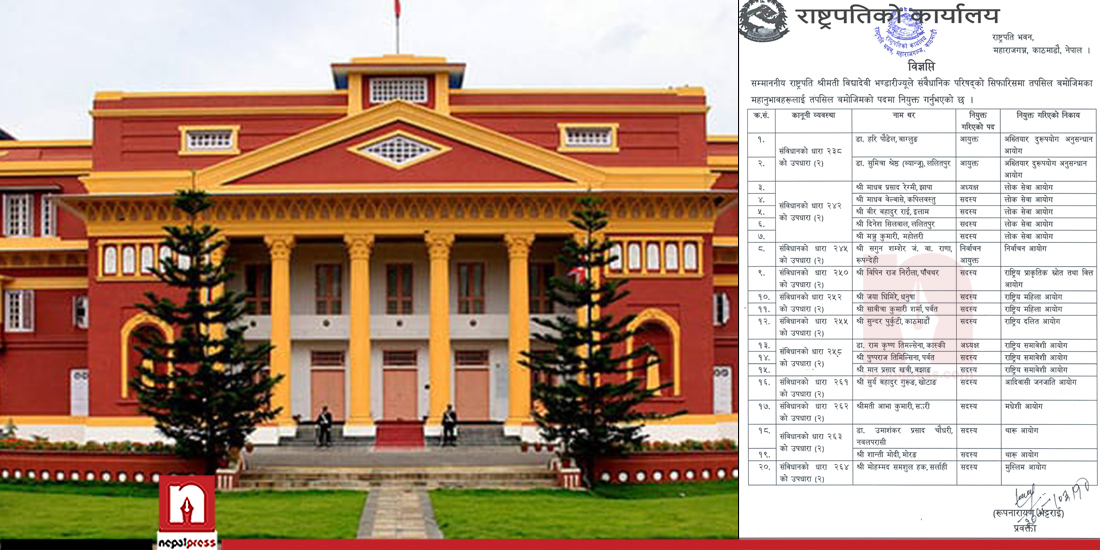 KATHMANDU: President Bidhya Devi Bhandari has appointed officials of the Public Service Commission, Commission for Investigation of Abuse of Authority, Women’s Commission, and other constitutional bodies.

President Bhandari has appointed Madhav Prasad Regmi to the Public Service Commission. The 20 office bearers recommended by the Constitutional Council on 9th May have been appointed without a parliamentary hearing.

The government had recommended the officials to the Public Service Commission, Election Commission on 9th May. According to the provisions in the constitution and the rules of procedure of the joint committee under the federal parliament, if the parliamentary hearing cannot be held, there will be no impediment to the appointment 45 days after the appointment is recommended.