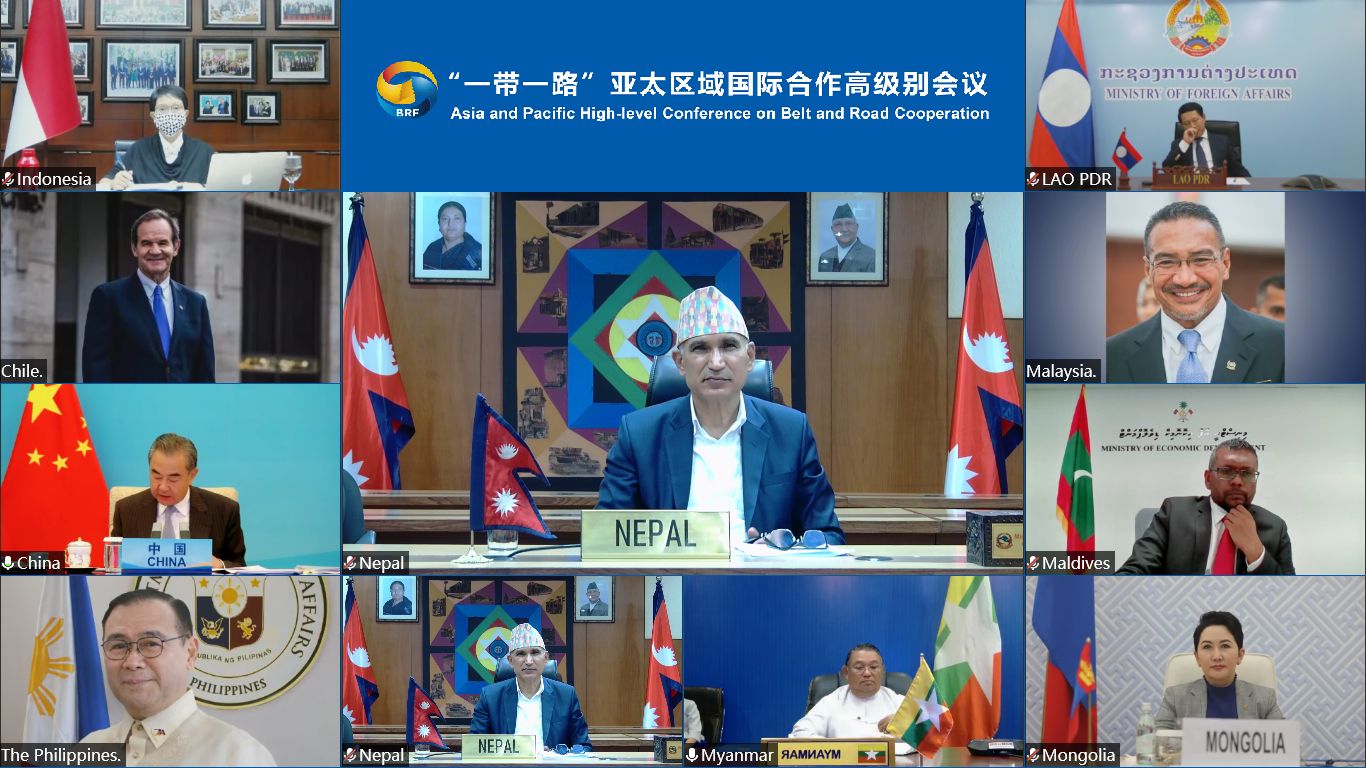 KATHMANDU: China has conducted a high level virtual discussion on the Belt and Road Initiative (BRI) and the coronavirus pandemic with 30 countries including Nepal.

The Nepali delegation was led by Finance Minister Bishnu Poudel. According to the Ministry of Foreign Affairs, while addressing the virtual session, Poudel had requested to give priority to countries like Nepal in vaccination assistance to control the coronavirus pandemic.

Stating that the pandemic has affected the least developed and poor countries, Finance Minister Poudel stressed on global partnership, unity and cooperation. The discussions had been organized with the objective of moving towards sustainable development by defeating the pandemic and promoting partnership.

The meeting also announced the implementation of two initiatives. The first is the Belt and Road Partnership for equal distribution of the COVID-19 vaccine and the second is green development.

After the G-7 meeting held in the UK last year by the seven major developed countries including the US, UK, Germany, Japan, Australia, Italy and Canada, China has countered this and held discussions with the signatory countries.

The G-7 countries have announced that they will supply 1 billion doses of vaccine to poor countries by next year. China has also hosted talks to prioritize vaccine supply for pandemic control and development.