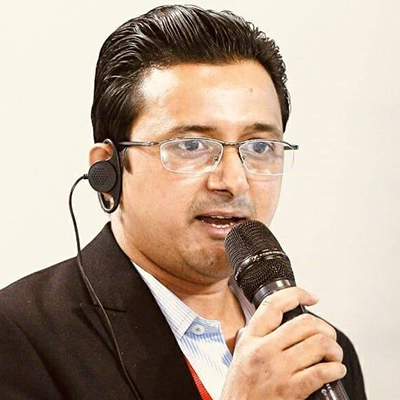 While the world is confronting multiple challenges including the severe effect of Covid-19, leaders of G7 summit have outrageously shifted their target toward China. Ignoring the significance of solidarity in the present critical context of the world, these leaders have deviated from real issues and deem to enter into a new cold war situation. US President Joe Biden had succeeded to attenuate the summit by pushing several American agendas to counter China. But on the other hand, China responded that few countries can’t take a decision of the majority countries.

Unlike the previous G7 summit, this summit has talked much unnecessarily about Hong Kong, Xinjiang, South and East China Seas, and also discussed creating an alternative institution to counter China-led Belt and Road initiative (BRI). As per the total influence of the US, G7 leaders also agreed to permit a full probe into the origins of COVID-19, even though the World Health Organization (WHO) has already completed the probe and issued a primary report. WHO’s finding evidently rejected the US blaming. It thanked China for providing information and support to complete investigation. But the US administration is hovering pointlessly, flowing misinformation related to the origin of the coronavirus. China’s Embassy in the UK openly condemned the statement of the G7 summit and said that the G7 statement distorted facts and instituted deliberate disparaging of China. The West needs to stop interfering in other countries’ internal affairs. They need to understand the fact that people and leadership of respective countries are capable of taking decisions and move on as per their national interest and requirement.

The meeting of a destructive military alliance of the US led by some Western countries, the NATO, states that China is coming closer to the NATO alliance in military competence. The Secretary General of the NATO General Jens Stoltenberg warned that China poses a systematic challenge to the liberal order. But at the same time, he said, “We need to engage with China on important issues: climate change, Afghanistan, arms control and other issues.” The Chinese Mission to the European Union on Monday directly rejected the controversial blaming by NATO and said that this kind of statement represents a continuation of the Cold War mentality and bloc politics and a slander on China’s peaceful development. Defense budget of NATO is around 1.17 trillion dollars, which is almost half of the global military budget. China’s defense budget of 2021 is 209 billion dollars, which is around 1.3% of the GDP.

It is not hard to understand that most of the anti-China agendas of the G7 are pushed by the US. At the platform of the G7 meeting, the opinion of German Chancellor was balanced. She said that China is their rival in many areas and also an important partner in many aspects. Similarly, French President Emmanuel Macron says, “G7 wanted to work with Beijing on climate change, trade, development and other issues despite disagreements. I will be very clear that G7 is not a club hostile to China.” The western world is even more connected and has multiple networks with China on many fronts. China’s peaceful rise development history of the last forty years demonstrates that China is pursuing non-interference and cooperative policies while contributing to the global community. The US has a fear that China will overtake soon. What it doesn’t recognize is that even as a superpower, China will not shift from the principle of multilateralism and global rule of law.

To communicate China’s global stand, President Xi Jinping proposed an approach of “Community of shared future for mankind,” to promote cooperation, solidarity, global rule of law, inclusiveness and harmony. The US is demonstrating a confrontational approach toward China, which tends to push the relations into a cold war situation, as realists say. President Biden already says that he doesn’t want China to become number one, overtaking the US,  in his tenure. This approach undoubtedly proves the malign intention of the US toward China and its developmental achievement.

Experts say that G-7 leaders’ consensus on providing one billion doses of coronavirus vaccine is not enough for the developing world. These wealthy G7 nations which are putting the blame that a large number of vaccines have been hoarded also know that to fight the coronavirus, a minimum of 11 billion doses of vaccines are required by the developing world. WHO has already requested wealthy nations to show generosity in providing necessary quantities of vaccines to the developing world. Many experts are surprised seeing major agendas and seriousness of the G7 leaders. Max Lawson, a policy expert at the Oxfam says, “Faced with the biggest health emergency in a century and a climate catastrophe that is destroying our planet, they have completely failed to meet the challenges of our times.” Even the former British Prime Minister Gordon Brown also said that not having a pragmatic ambitious vaccination plan is an unforgivable moral failure.

Most foreign policy experts are saying that this year’s G7 summit was held to take a tough policy against China. Another critical example of G7’s malign approach toward China is about a consensus to create an alternative to the China-led Belt and Road Initiative (BRI), which is known as the Build Back Better World (B3W) which aims to provide necessary infrastructure and other development support to the developing world by 2035. But some economists say that the G7 group doesn’t have financial capabilities to provide trillions of dollars of support. They further said that the US itself needs a massive amount to implement the infrastructural related developmental plan of the Biden administration. But on the other side, China, since 2013 through BRI, has been accelerating multiple cooperation around the world, and contributing many countries to achieve their national developmental goals. According to the data of Chinese financial institutions, till now there are more than 2800 global projects linked with BRI which cost $3.7 trillion dollars.

The entire consensus of the G7 summit, without doubt, is against the international norms, values, significance of solidarity and requirement of global cooperation to tackle multiple challenges facing the world. Though G7 is a puppet of the US administration, it should understand that confrontation and decoupling with China will severely harm the global economic stability, rule-based global order and harmony. Requirement of the time is more solidarity between East and West, and an even greater constructive role of the US and China to create a safe and better world. China’s peaceful developmental history shows that prosperous China will be supportive for peace, stability and development of the global community. The US should leave the cold war mentality and recognize the strong China. Cooperative partnership between US and China based on the principle of major countries relations will surely benefit the people of both countries and the entire world. The US, with other members of the G7 alliance, should leave behind their destructive approach and follow a constructive vision if they want a peaceful and cooperative world.

Dr. Sharma is an associate professor at Leshan Normal University and senior research fellow at Centre for Trans-Himalaya Studies.