Labor camp of Melamchi Project swept away by flood, condition of laborers unknown 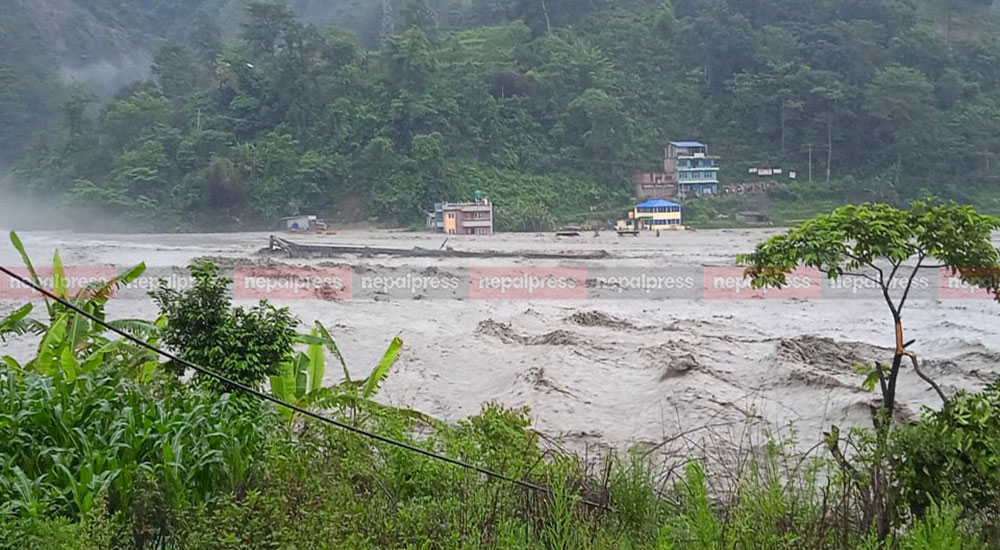 Rajendra Prasad Pant, the spokesperson of the committee, told Nepal Press that the camp, located just below the Melamchi Drinking Water Project in Helambu village municipality -1, Ambathang, was flooded.

He said, “Flood entered the headworks at the source of drinking water. Looking at the condition of the structure so far, it is safe. But the labor camp below the headworks has collapsed.”

Laborers building headworks lived in the labor camp. According to Pant, no information has been received about the condition of the workers after the floods swept away the camp. However, he expressed concern that there may have been casualties inside the camp.

Spokesperson Pant said, ‘All the structures of the headworks have been submerged by water. The structures are visible underwater. But no damage has been seen so far. After the water level decreases, we would know better “

He said that the tunnel was safe as the gate of the drinking water source was closed. He said that it was not possible to reach the place due to road blockage.