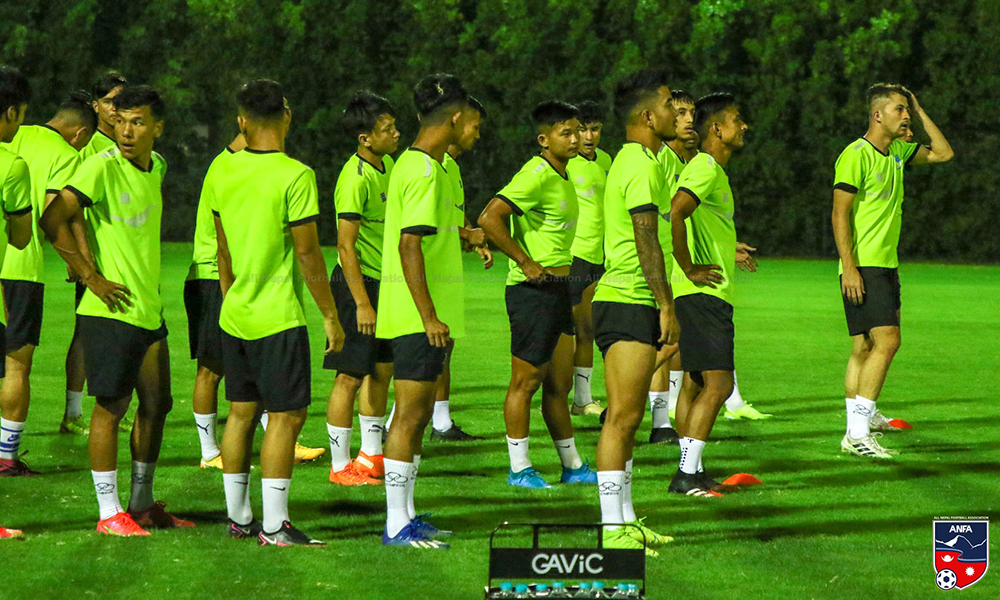 KATHMANDU: Nepal is facing the Asian powerhouse Australia in its final match of the second phase of the World Cup and Asian Cup qualifiers today.

Australia, who have played five World Cups, will secure a place in the third round of the World Cup qualifiers if they win today’s game.

Australia, ranked 41st in the FIFA rankings, is the largest team Nepal has ever faced. Earlier, Nepal had lost 5-0 in the first leg played on 10th October, 2019.

The match will start at 10:15 PM Nepali time at the Xavier Al Hamad International Stadium in Kuwait.

Nepal, which has been in the Middle East for two weeks, played a friendly match against Iraq and has already played games against Chinese Taipei and Jordan in the World Cup qualifiers. If the circumstances had been normal, Nepal would have been able to play all these three games on its own ground.

In a pre-match Press Conference, Nepali coach Abdullah Almutairi said that Nepal had changed its style of play and that this had made the supporters happy. “I look forward to another positive performance by the Nepal team against Australia. Our playing style has improved and it has made our supporters happy,” he said.

Kuwait’s pro-licensed coach Almutairi has even hinted at giving the rest of the young players in his squad a chance to play against Australia. “I know the game against Australia will be tough but getting them to play will be just as important,” said Almutairi. Among the players that flew to Kuwait, apart from the goalkeeper, Suraj Thakuri, Ayush Ghalan and Kamal Thapa are yet to make their debut in the Nepali team.

Australia’s head coach Graham Arnold commented that the Nepali team has been working hard for months and that they are excited to play with them. “They are playing in a different style. Their trainers are doing a good job. We respect the Nepali team, they are hard working,” Arnold said at the Press Conference.