Inclusion of the new map of Nepal in educational curriculum

KATHMANDU: Minister for Education, Science and Technology Krishna Gopal Shrestha on Wednesday directed to confiscate the textbooks in the educational curriculum which include the old map of Nepal.

Textbooks with the new map have been printed after the government issued the map including Kalapani and Limpiyadhura. However, after receiving information that some had printed the old map, the Minister gave instructions to take immediate action.

The Minister said that he took action after receiving this information. It is interesting to note that some private publishers have come up with the idea of ​​selling books by printing old maps of Nepal while calling the books new editions.

The minister got this information from a girl studying in Grade 9.

Sarvashree KC, who lives in Kirtipur, has reached Grade 9 from this new academic session. She was provided a list of textbooks by her school, Ullens School, and was instructed to buy the necessary textbooks online.

Five days ago, her father Professor Khadga KC bought the books from the market as per the list. As soon as Sarvashree got the books, she started flipping through her Social Studies book.

He was very interested in the history and geography of the country and wanted to see the new map of Nepal including Lipulekh, Limpiyadhura and Kalapani.

She turned through the whole book. But nowhere did the new map appear. “I was surprised, it had already been said the new map would be included in the curriculum. Why has this not happened yet? That is my concern,” she told Nepal Press. 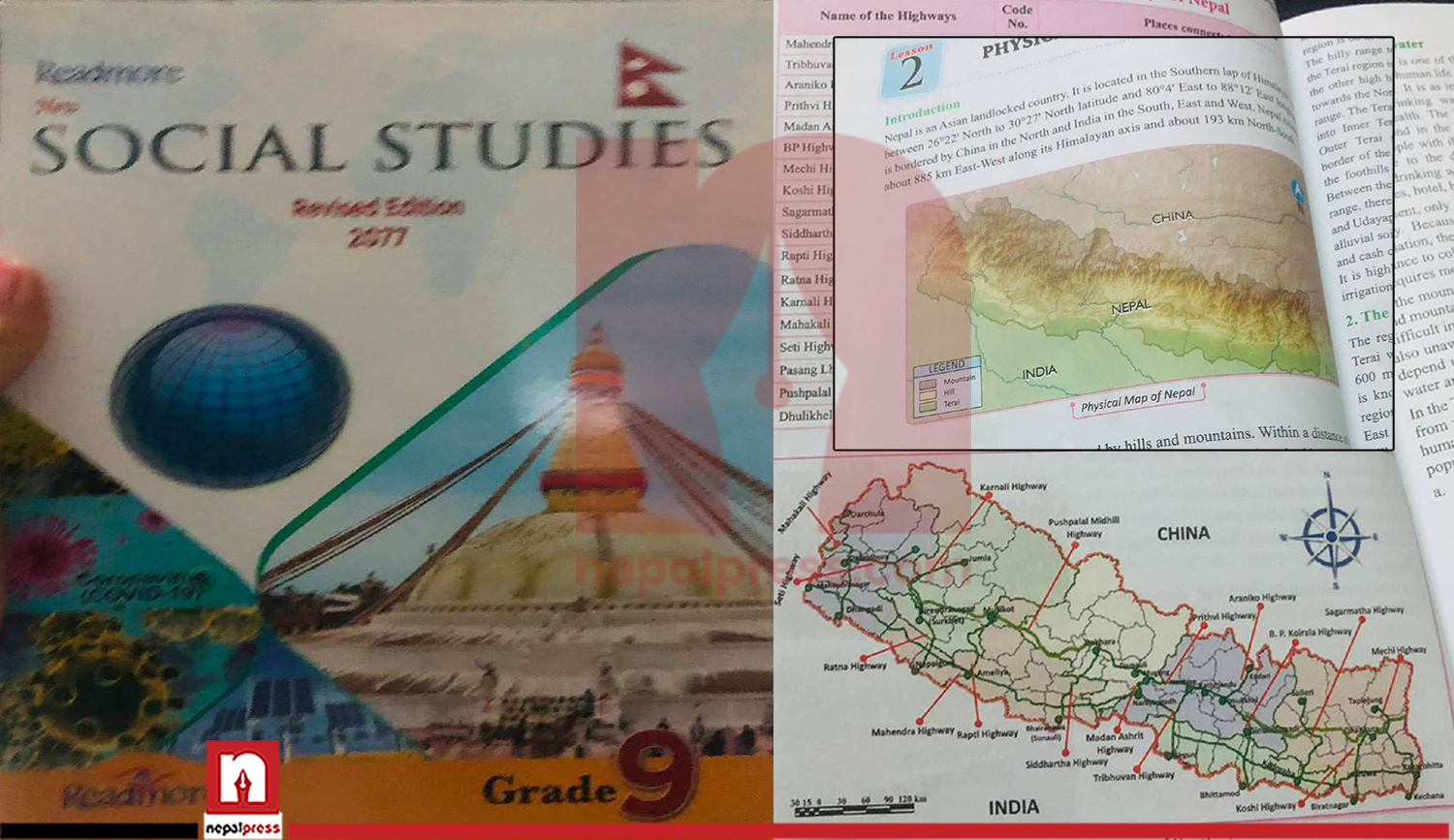 Then she said to her father, “Are we supposed to study the old map itself?”

Professor Khadga KC turned the pages of the book after his daughter’s question. He was also shocked. He then telephoned Binda Pandey, a member of the dissolved House of Representatives and a close acquaintance of his, and said, “A new map was said to be issued. But how and why is the old map itself included in the curriculum?”

Binda was also surprised. Talking to Sarvashree, she expressed her interest and said, “I will tell the Minister of Education. For now, send me a picture of the map in that book now.”

Binda Pandey got a photo of the map of the book from Sarvashree. Then she converted 8 pages of the book into a PDF and sent it to the Minister of Education. After receiving the information, Education Minister Shrestha said, “This is a serious matter. I will take immediate action.”

Four days later, the Minister of Education made the decision.

“Immediately demand an explanation from the publishers and distributors selling books that include old maps by deceiving the government, confiscate the books and take action according to the law if they disobey the directives of the ministry,” the Minister directed the Curriculum Development Center.

According to the Curriculum Development Center, most sellers are selling books that include the old map of Nepal. Director General of the Center Ana Prasad Neupane has informed that action will be taken against the publishers and sellers who have sold books by printing old maps.

While conducting research after this, the center has found that most of the book publishers and sellers have printed old maps in subjects such as Social Studies, GK, and many other books.