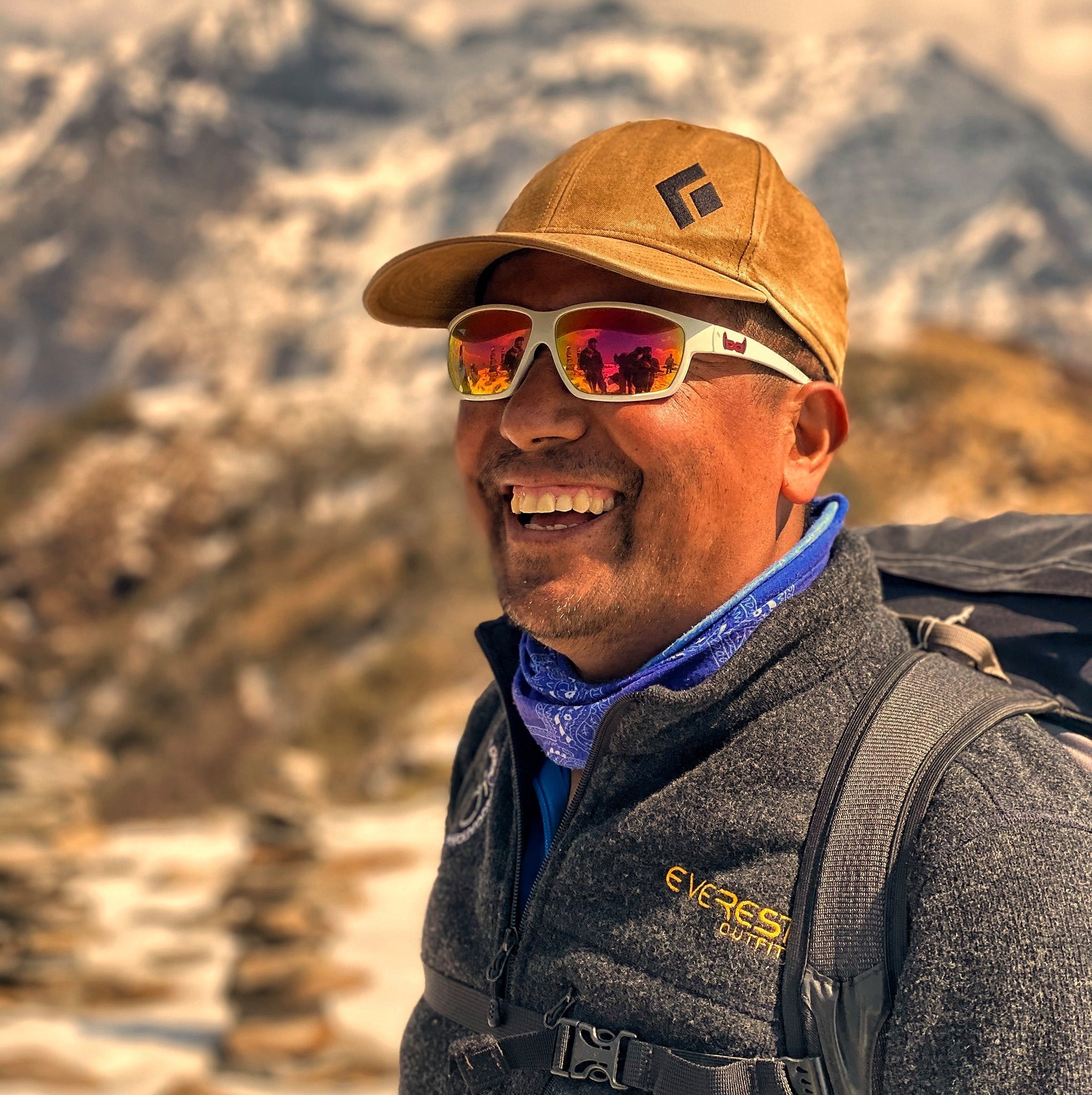 Tshiring Jangbu Sherpa is an internationally recognized mountain guide of Nepal. He was the Sherpa leader in the first measurement of Mt. Everest by Nepal. He has been to the summits of eight-thousanders 14 times and 13 times without the use of supplementary oxygen. In the second week of April, this international mountain guide had journeyed to Mt. Makalu.

However, he was not there for scaling the mountain but for a cleanup campaign.

The initiation named ‘ Mountain Cleaning Campaign 2021’ was a project of the Nepali Army. Among the six mountains specified for this cleaning drive, Tshiring was deployed for Mt. Makalu (8463 meters), the fifth tallest peak in the world that lies in the Sankhuwasabha district. “We started our journey on 14th April. Reached at Nun area, the walking point for Mt. Makalu and arrived in Kathmandu on 29 May after collecting 6,607 kilograms of garbage,” said Tshiring. ”We handed over 1,725 kilograms of biodegradable garbage to the local government,” he shared

Tshiring was one of the 34 members of the Makalu cleanup campaign which included 10 Nepali Army personnel and 10 Sherpa supporters. The team collected garbage from the base camp and also from camp one, two and three, he informed RSS. “A function was organized at Army Headquarters on the occasion of World Environment Day to hand over the non-biodegradable garbage collected from mountains to a recycling organization. I am so happy to be a part of this historic mountain cleanup campaign,” he shared.

The second is promoting low and no garbage from every expedition. “Every expedition carries a huge amount of garbage. This must be stopped.  According to Tshiring, The government must introduce strict rules to do so. A proper monitoring mechanism to track the garbage on all mountains should be in place.

Tshiring suggests huge fines must be levied on those who violate the rules and the amount of the fine can be utilized for a cleaning campaign. Promoting the use of green energy instead of kerosene and other fossil fuels is imperative. He is of the view that the government should collaborate with green energy companies to ensure the better option for green fuels at mountaineering activities. Off-season cleaning to lower peaks of around 6000 meters as mountains taller than eight thousand meters cannot be cleaned in times other than in the spring season. However, smaller mountains ranging around 6000 meters can be cleaned in off-season time, he argued. There are hundreds of Sherpa and other human resources in the mountains to do so.

This will give the job to the experienced but jobless ones in this field as well as Nepal will earn its fame for the mountain cleanup drive, he observed. He also suggested empowering local communities with technical skills and rewards as there are hundreds of thousands of mountain experts both on academic and practical fronts.

Tshiring stated that local mountain communities are more familiar with these mountains. and their expertise generated after generations of mountain knowledge must be utilized. He also stressed the need for training the local people and providing them knowledge on mountains cleanup. In order to encourage locals for mountain cleanup drive, the government is expected to give them a moral and monetary reward to the concerned community.