Government corresponds to UK, WHO says no new variant has been found in Nepal 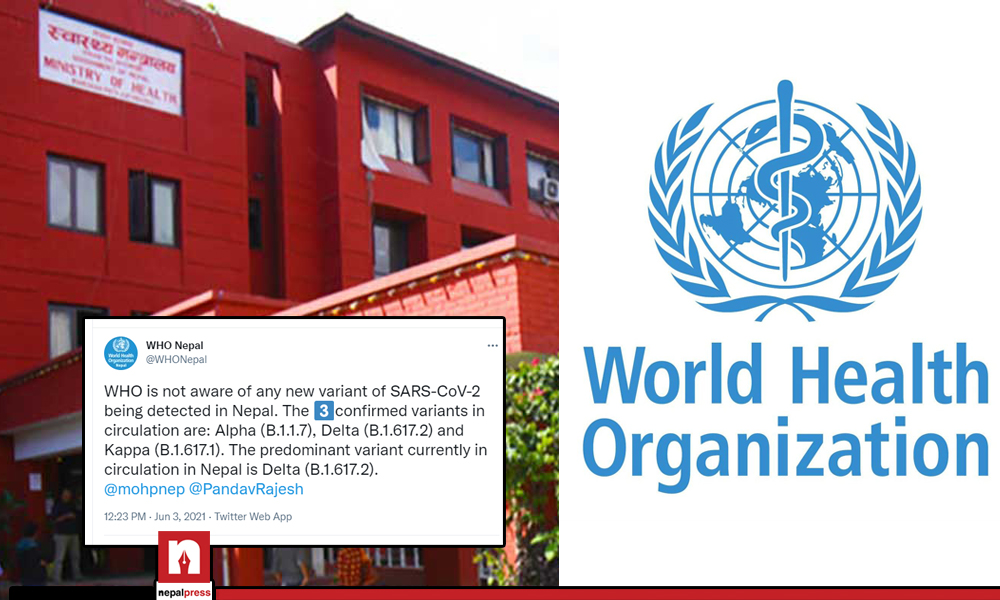 KATHMANDU: The Ministry of Health has denied the Daily Mail’s report that a ‘Nepali variant’ of coronavirus has spread to European countries, including the United Kingdom.

The Daily Mail newspaper had written in today’s edition that their holidays have been affected due to the Nepal variant.

Talking to Nepal Press, Ministry of Health Spokesperson Krishna Prasad Poudel said that there was no confirmation of any other variant except Alpha (UK variant) and Delta (Indian variant) in Nepal.

“Apart from alpha and delta, other species are not on our list of sequences,” Poudel said. “News has spread that the Nepali variant has affected their holiday. This is not true.”

Poudel said that a letter had been written to the UK’s Health Regulatory Authority (IHR) seeking its response. “We have written to the IHR in the UK and are awaiting a response,” he said.

The WHO has said that no new variant has been found in Nepal.

The Nepal office of the World Health Organization has stated that no new variants have been found in Nepal except Alpha, Delta and Kappa. According to the WHO, the Delta variant is widespread in Nepal.