Free COVID testing begins for all in Butwal sub-metropolis 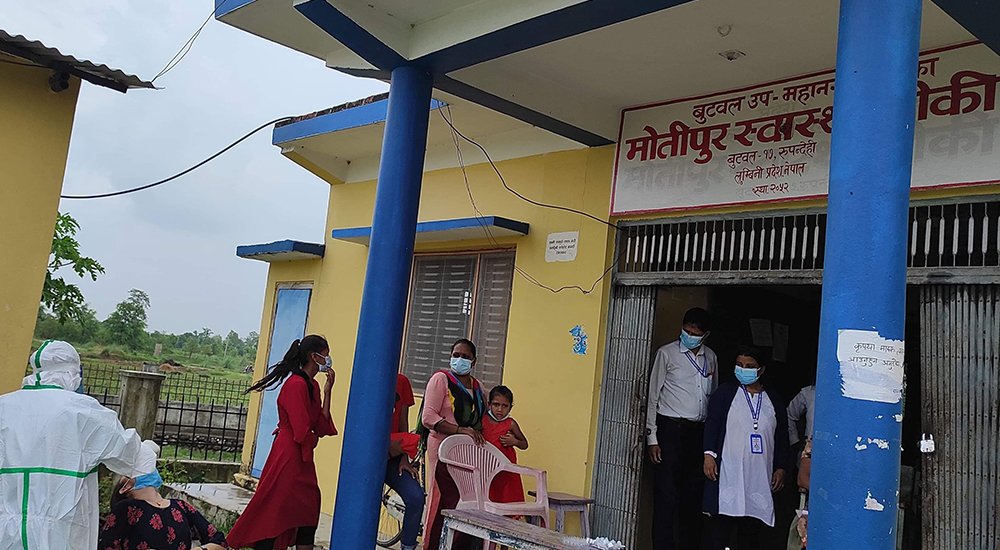 RUPANDEHI: Assessing the spread of COVID infection at the community level, free testing has been started in Butwal sub-metropolis of Rupandehi.

Chief Shivaraj Subedi said that free PCR testing has been started in Motipur, Nayangaun, Tamnagar, Semlar, Budhnagar and sub-metropolitan premises from Monday. He said that this will be further expanded as some people have been found infected through such tests.

Antigen testing is being done at Motipur Health Post, Nayangaun Urban Health Promotion Center, and office premises. Butwal sub-metropolis has identified the most infected and risky hotspot areas in all wards and has started conducting antigen tests simultaneously.

This will be carried out in all areas of all the wards of the sub-metropolitan city till 4th June. Stating that a comprehensive test has been conducted at the community level with the objective of strengthening the campaign against the pandemic, Chief Subedi urged all to abide by the health standards.

Chief Subedi said says that the sensitivity towards public health and ongoing campaigns need to be made effective, which is why testing is being started in all regions of the sub-metropolis at the same time.

He has urged to keep morale high. Chief Administrative Officer Shiva Prasad Regmi said that the responsibility has been given to the health workers.

“Everyone should follow the precautionary health standards,” he said. The people’s representatives and experts of the sub-metropolis have urged to spread a positive message and keep morale high.