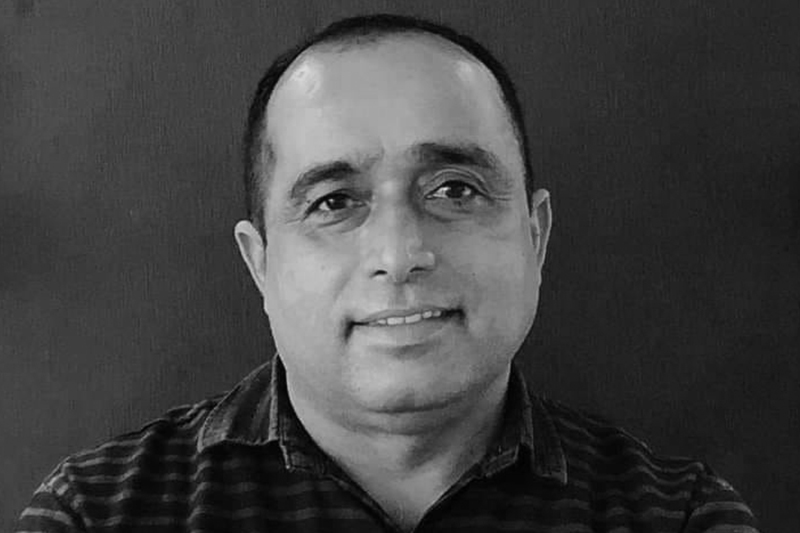 ITAHARI: Province 1 has lost an influential media entrepreneur and leader in the demise of Chandra Neupane, the President of Broadcasting Association of Nepal (BAN), says Kishor Thulung, lecturer of journalism at Mahendra Multiple Campus of Dharan, a Tribhuvan University-constituent campus.

Established in 2003, BAN is the umbrella organization of all privately owned radios of Nepal and has 205 radios as members.

Thulung, who was once a coworker of Neupane at Itahari-based Saptakoshi FM, says, ”Neupane had a good managerial capacity and national network with years of media management experience. His demise is an indomitable loss to the media fraternity not only for Province 1 but also for Nepal.

Neupane, who is also a member of the government-appointed Nepal Advertising Board, passed away at 8:25 am at Birat Medical College, informed Laxmi Gautam, Deputy Mayor of Itahari, who had been in constant touch with doctors attending Neupane.

Neupane had a wife and two children. His last rites will be performed in Itahari, said journalist Himal Dahal, who is close to the Neupane family.