Oxygen cylinders to be produced in Nepal, NAST carries out successful experiment 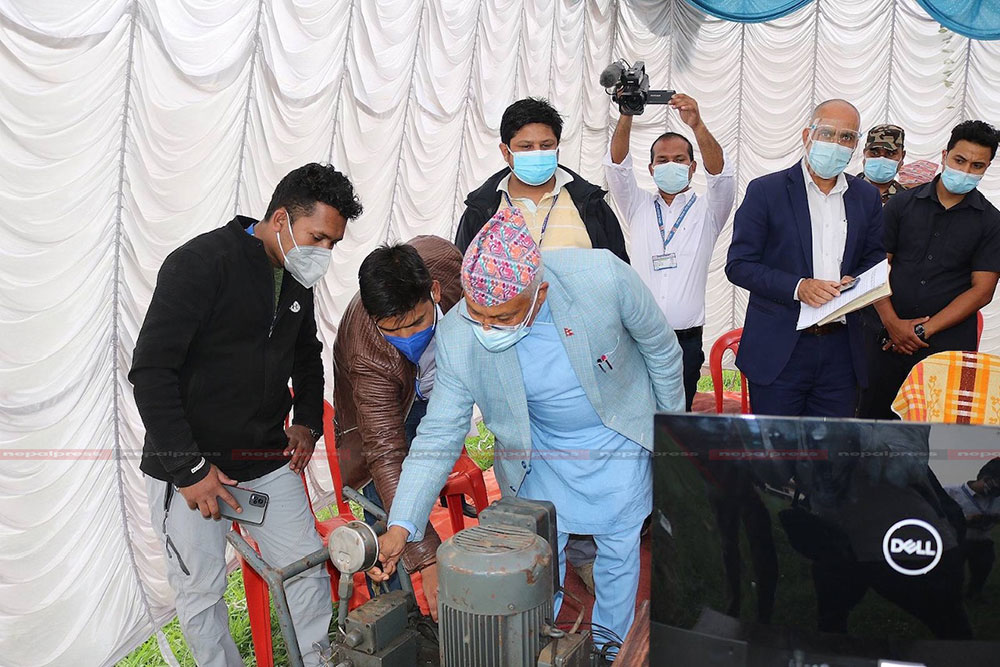 LALITPUR: Nepal Academy of Science and Technology (NAST) has experimented with the production of oxygen cylinders for the first time in Nepal.

The new experiment has been done considering the COVID-19 pandemic and extreme shortage of oxygen cylinders. Minister for Education, Science and Technology Krishna Gopal Shrestha inaugurated the cylinder experiment.

During a meeting with scientists from NAST, Minister Shrestha obtained information about the condition of cylinder production in Nepal. Now, Nepal will allow various companies to produce cylinders.

Head of the Faculty of Technology, Dr. Rabindra Dhakal informed that cylinders capable of withholding pressure have been prepared. He said, “Safety measures are yet to be taken. In a few days, we will discuss with the cylinder manufacturing company and allow commercial production.”

Minister Shrestha, who reached the NAST headquarters to observe the test, thanked all the team including NAST Vice-Chancellor Dr. Sunil Babu Shrestha and scientist Shankar Dhakal.

He said, “Due to the hard work of Nepali scientists, swab collection vans, sanitizers, and washable masks have been produced, which have contributed to control the COVID infection. Now, important work has been done by producing cylinders and successful testing of the technology has been carried out.”

He said the government was serious about compensating for the lack of zeolite required to produce oxygen. Minister Shrestha said that there was still a lot to be done by NAST and expressed the government’s commitment to full support. The successfully tested cylinder was prepared by a team of scientists led by Shankar Dhakal.

Nepal does not manufacture such cylinders and does not even test the quality of imported cylinders. Minister Shrestha said that there not being oxygen production plants even in big hospitals was a matter of disappointment. “In the past, when the operation of the hospitals was allowed for COVID-19, the provision of oxygen plants should have been made mandatory in the hospitals,” he said.

Stating that the problem increased due to the oxygen required by the hospital being consumed more in other bodies, he said, “We have now brought oxygen cylinders from all the bodies, now the problem will be solved.”

Vice-Chancellor of NAST Dr. Sunil Babu Shrestha said that it had prepared a mobile van to test swabs and handed it over to all the three security agencies. He claimed that NAST was doing important work to control COVID and informed that other works would be taken forward in the future. He informed that the action plan has been put forward to make NAST a SMART NAST. 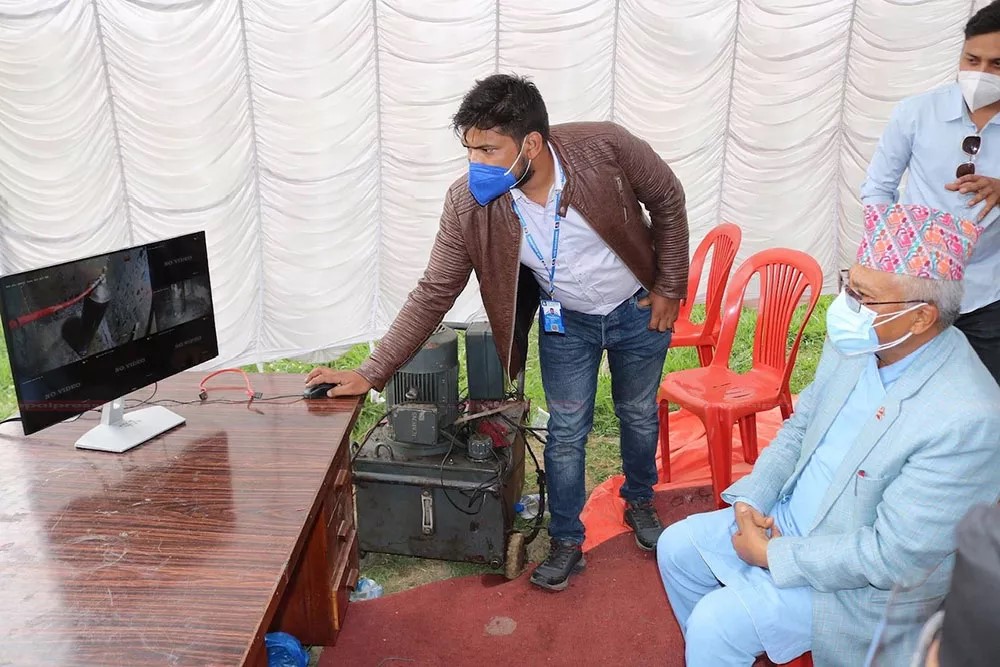