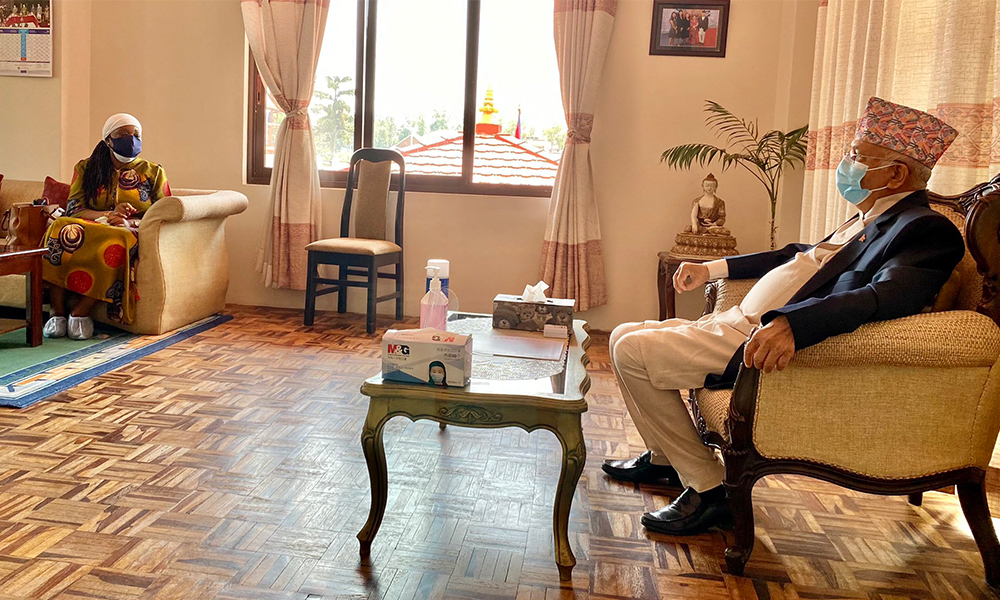 KATHMANDU: Prime Minister KP Sharma Oli has urged the United Nations to supply vaccines from the CoVAX facility to Nepal as soon as possible.

During a meeting with UN Resident Representative in Nepal Sara Beysolow Nyanti, Oli called for an immediate supply of vaccines considering the situation in Nepal.

During the meeting, UN Ambassador Nyanti was briefed by the Prime Minister on the recent situation in Nepal, availability, and need for vaccines.

During the aame meeting, Nyanti briefed on the initiatives taken by the United Nations for the supply of vaccines and health supplies.

According to Rajan Bhattarai, Advisor to the Prime Minister on Foreign Affairs, during the meeting, the United Nations stated that an initiative is being taken to bring the vaccine under the CoVAX facility to Nepal soon. 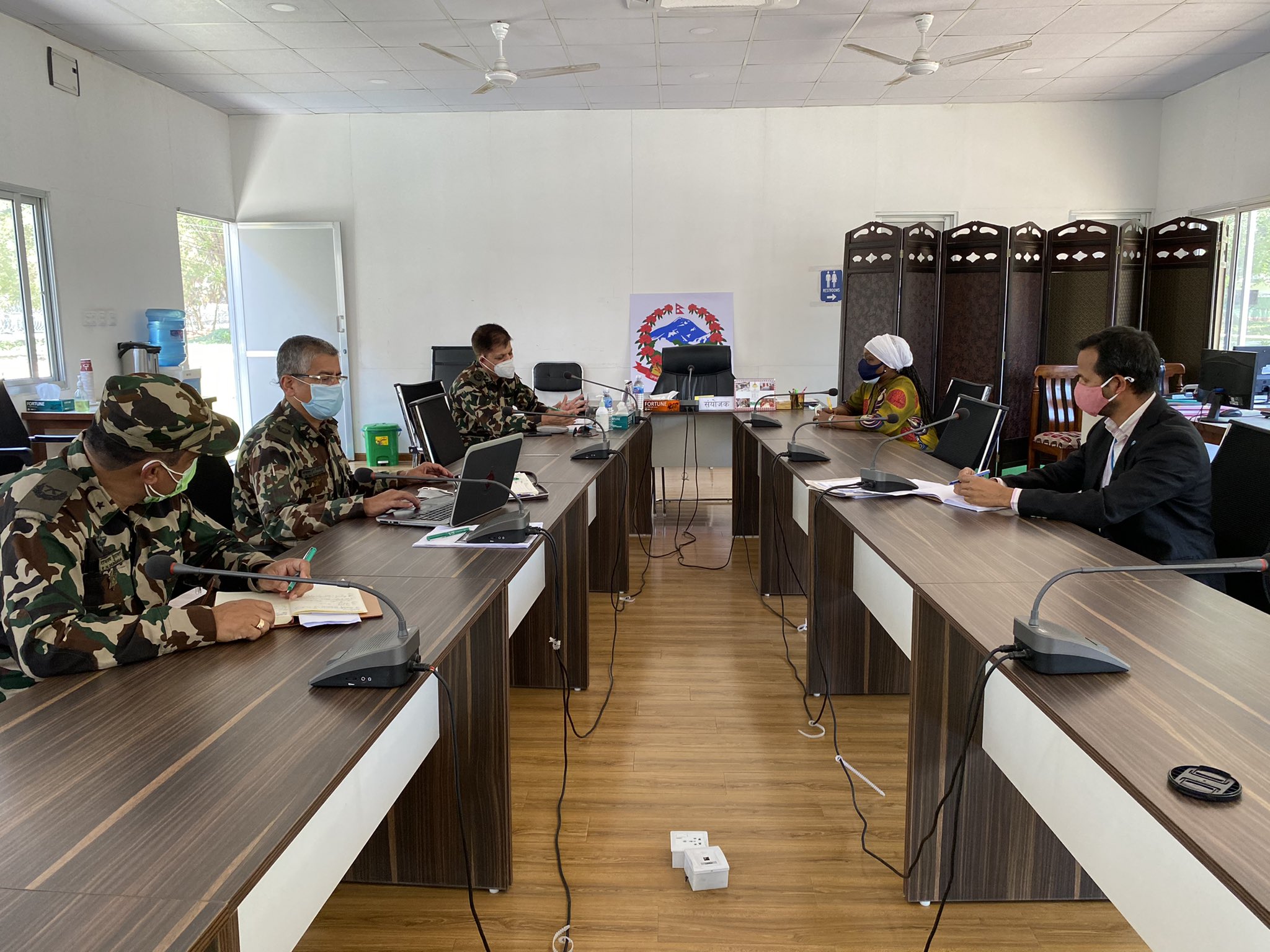 On Monday, Nyanti reached the office of the Covid Crisis Management Center (CCMC) in the camp and inquired about the availability of health supplies including oxygen.