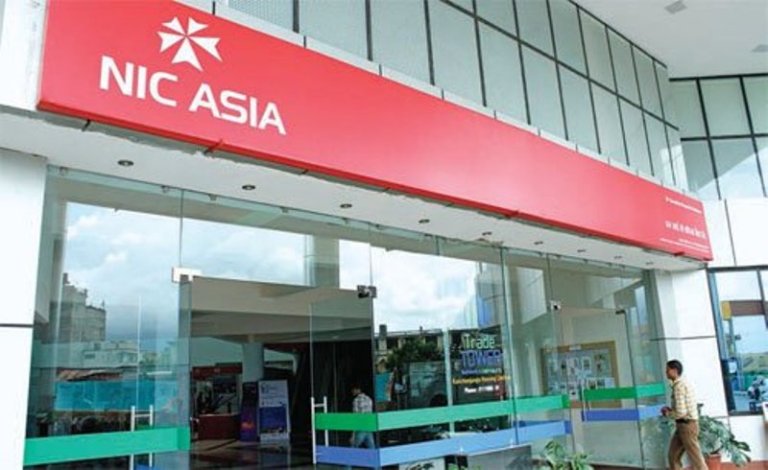 KATHMANDU: Entrepreneur Dinesh Subedi received a home and car loan from NIC Asia Bank four years ago. He had hardly imagined that a loan taken at a simple interest rate would become so expensive in the future.

Subedi is shocked by the attitude of the bank, through which he has been doing transactions for 15 years. He complains that the bank was repeatedly raising interest rates in the ‘meter interest’.

He had repaid all the old loans after the bank promised to provide new loans at an 8% interest rate. However, the bank did not want to remember that commitment for a new loan.

Subedi said that his interest rate was not reduced even after the bank decreased the interest rate to 10% in the current fiscal year.

“Even though the interest rate has come down, I was repaying loans the same way, but now it has increased to 16,” he said.

Subedi is just a businessman. He has been operating Cable TV Private Limited, V-Cable Network Pvt. Ltd. and Makalu Television. Subedi had taken a loan from the branch office of NIC Asia Bank in Biratnagar in the name of his two sons Dipesh and Divas on 2nd November 2017.

Of the two car loans taken by Subedi-owned company Cable Network Private Limited, the interest rate has been raised to 14.49% for one and 11.99% for the other. In the information regarding the interest rate change sent by the bank, it is seen that the premium charge is higher than the base rate. Although the base rate for April has remained at 6.77%, the premium has been increased to 8.93%. Premium charges have been added to home loans at 8.93% and car loans at 7.72%. Subedi had taken two vehicle loans of Rs 2.1 million and Rs 1.5 million.

NIC Asia Bank’s interest rate is very high as per the currently prevailing interest rate in Nepal. There is a provision in the central bank’s interest rate procedure that the premium charge can be added by the banks themselves to the base rate. However, it is not natural for the premium charge to be higher than the base rate. A senior official of the Nepal Rastra Bank (NRB) said that the bank was not allowed such exorbitant premium rates, even though this has not been specified. Banks fix interest rates by adding a premium to the base rate, but Nepal Rastra Bank will not fix those rates. In case of bad loans, banks can charge a penalty of up to 10%,” the official said. “However, the current interest rate of 15.70% is very expensive.”

Last year, interest rates fell to single digits due to excess liquidity in the banking system due to lockdown by the government as a precaution against COVID-19. The decline in interest rates on deposits also reduced the cost of funds for banks and reduced the base rate. As a result, banks are providing loans at an interest rate of 9.5%. However, NIC Asia Bank seems to have asked the borrower for almost double the current interest rate.

After finding evidence of high-interest rates, we contacted Sudhir Nath Pandey, the bank’s Deputy Chief Executive Officer. He did not want to answer, responding that he is currently at the hospital.

“My relative is in the hospital. What kind of questions are you asking me at a time like this? Call the head of the credit department,” he said.

Arjun Khaniya, Head of the Credit Department at NIC Asia Bank, said they did not want customers like Subedi. He claimed that an additional penalty was added because the debtor did not pay the EMI on time. 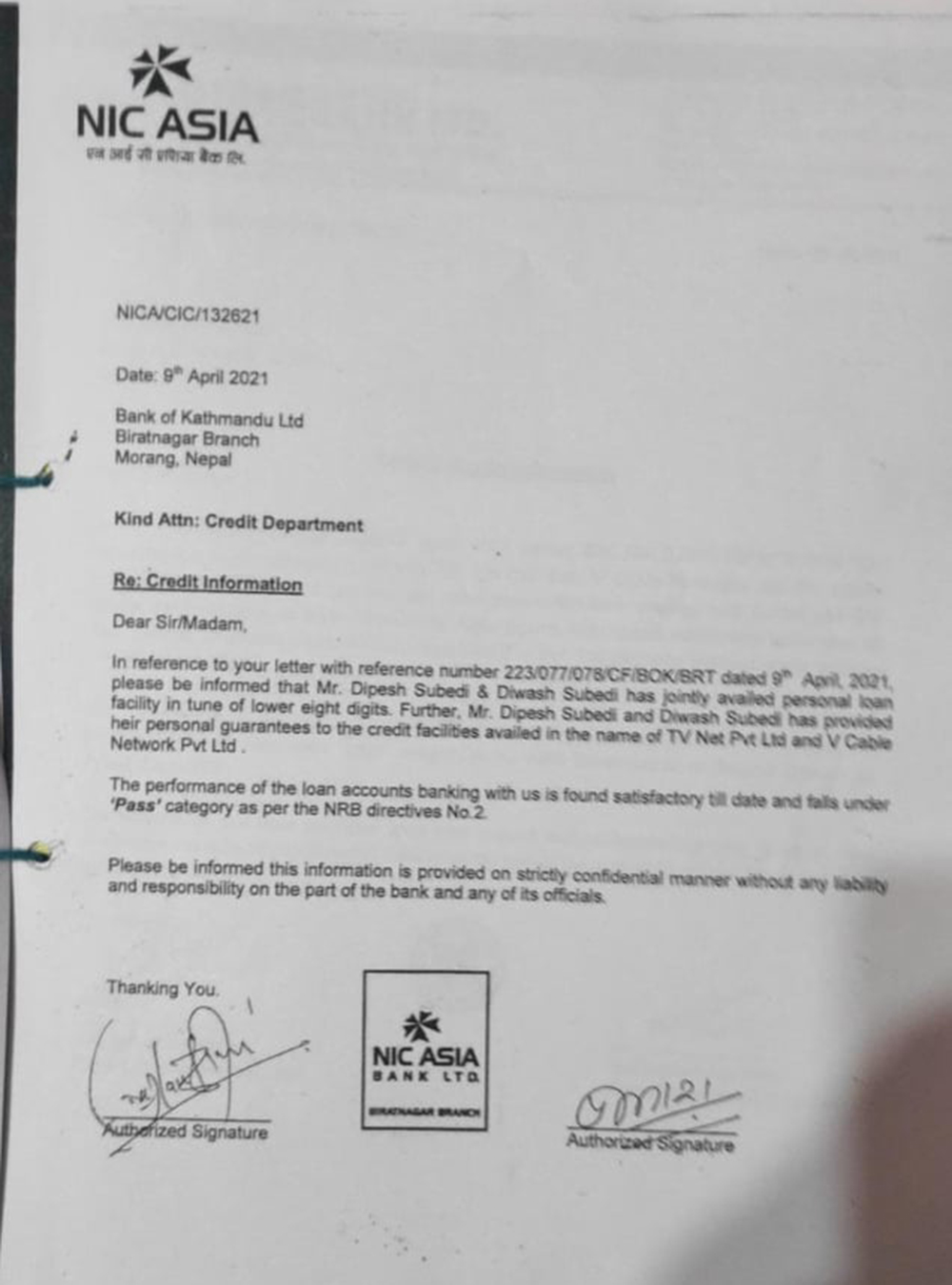 “We have put them on the list of bad loans because they have not repaid their loans on time. We don’t need customers like him,” he said.

However, Subedi says that he has not delayed the EMI payment of the loan. He said that the payment was made on time even in COVID times.

“The bank even gave me a clearance certificate in April for paying the EMI of the loan on time,” he said, showing the bank’s certificate.

In the letter issued by the bank on 9th April, it is mentioned that Cable TV Private Limited and also Cable Network Pvt. Ltd. have provided a guarantee in the joint name of Dipesh and Divash Subedi. According to Nepal Rastra Bank’s ‘Directive No. 2’, the company’s loan repayment performance is good.