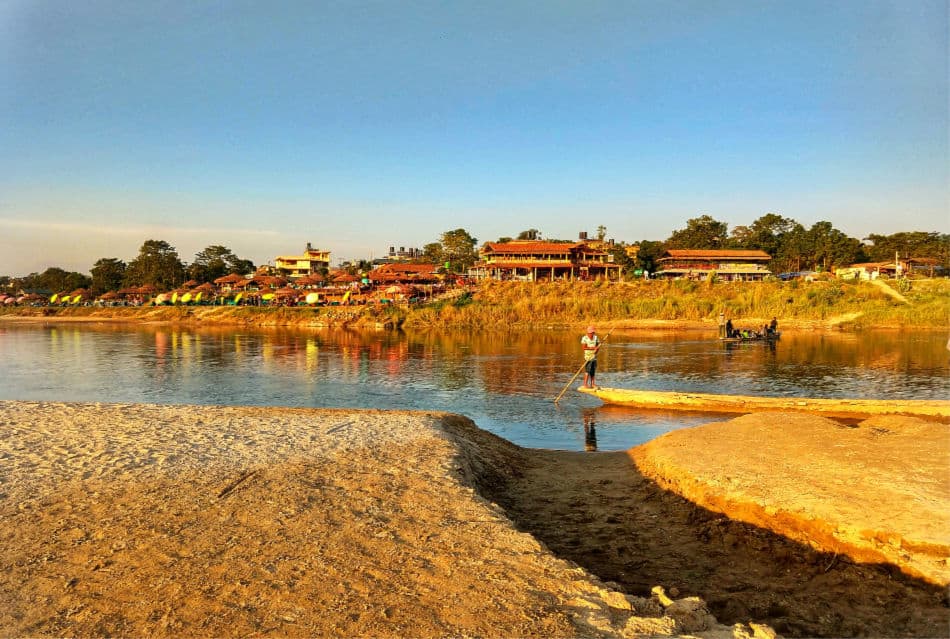 CHITWAN: The tourism entrepreneurs in Sauraha in Chitwan district have been frustrated that the second wave of Covid-19 is going to plague the tourism sector once again.

Tourism sector here was slowly returning to its earlier phase after the first wave of Covid-19 cases decreased. Regional Hotel Association, Chitwan chapter Chairperson Deepak Bhattarai shared that the hotels that were shut down for so long in the first wave of Coronavirus infection were opening and running in the recent days.

But due to the growing cases of second wave of COVID-19, hotels have been compelled to shut down once again, driving the tourism entrepreneurs to despair.

“Tourism sector was expected to boom in coming months,” said Deepak, adding that all the bookings have been cancelled and events planned for different periods of time have been called off as well.

Due to shutdown of hotels, the tourism sector in Sauraha has to incur losses worth Rs 8-Rs 8.5 million on a daily basis. The occupancy rate in the hotels here stand at 5 per cent only.

There are a total of 115 hotels in Sauraha which have contributed in generating around 5,000 jobs, according to the tourism entrepreneurs. Over 6,000 tourists could be accommodated in those hotels. Over Rs 33 billion have been invested in the tourism sector in Sauraha.

Outgoing chairperson at the Association Suman Ghimire informed that cancelation of bookings have cast a pale of despair among the tourism entrepreneurs.

Sauraha, which houses Chitwan National Park, is popular for a myriad of tourism activities including bird watching and jungle safari.