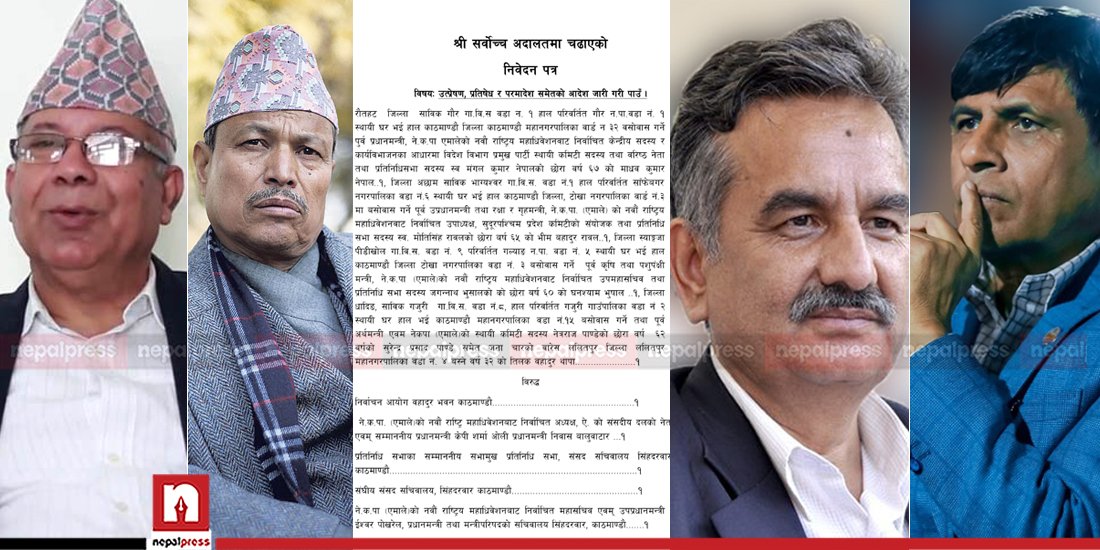 KATHMANDU: A writ petition filed by four leaders seeking an interim order to stop the process of dismissal of 27 lawmakers including themselves and to convene a meeting of the re-appointed UML Central Committee is being heard in the Supreme Court today

The writ petitioners have asked to rescind the eviction proceedings against them and stop the restraining order.

The leaders have also demanded that no change be made in the records and details of the UML in the Election Commission.

As there are strong suspicions that action will be taken against them saying they have left the party, they have demanded that these actions be stopped and asked the Parliament Secretariat to vacate the MP posts.