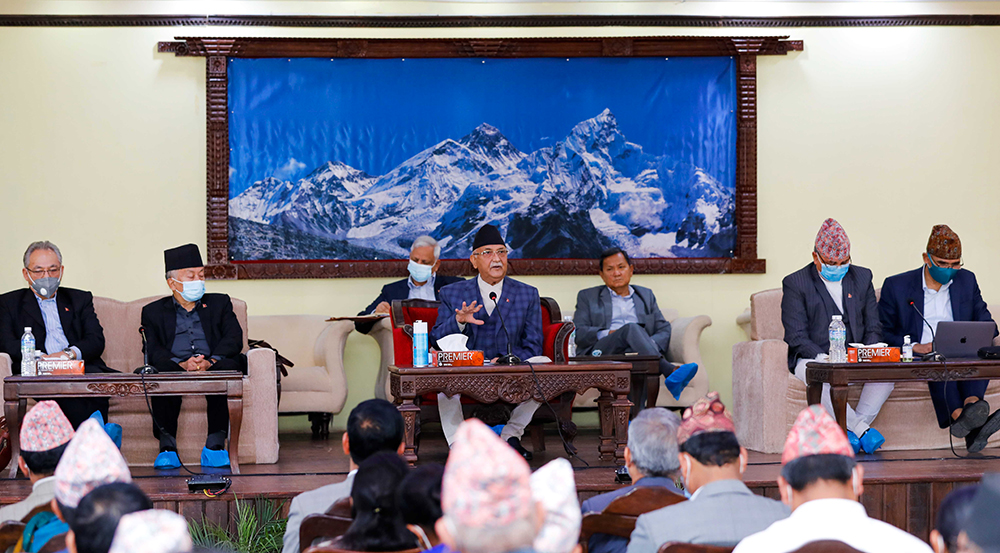 KATHMANDU: CPN (UML) is preparing to expel some lawmakers from Madhav Nepal’s side. According to UML sources, additional action will be taken against Madhav Nepal, Bhim Rawal and other suspended leaders.

An emergency meeting of the UML 10th National General Convention Organizing Committee has been convened in Baluwatar after Madhav Nepal and Jhala Nath Khanal crossed the floor and expressed their commitment to pass a no-confidence motion against Prime Minister KP Sharma Oli.

According to a source, the same meeting is going to take action against the lawmakers who have been asked for clarification. The nature of the action has not been clarified.

The UML’s constitution has given the party the right to suspend an MP for six months in case there is a possibility for immediate harm.