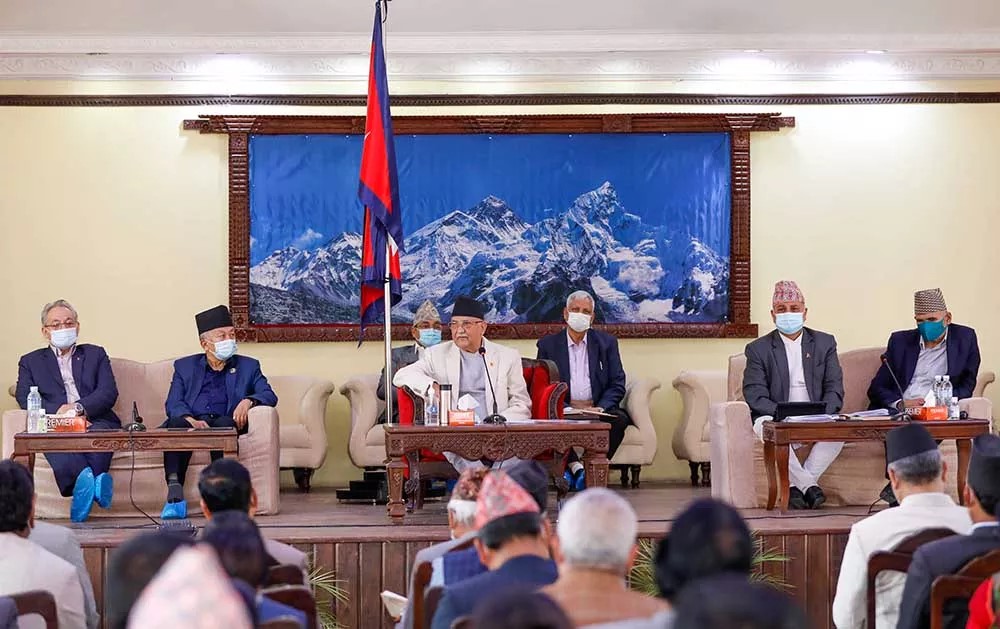 Chairman Oli has given information to add the remaining members later in the meeting. The UML Standing Committee will now have the following leaders including Chairman Oli and Vice Chairman General Ishwar Pokharel.