President Xi sought to work with Nepal in development of China 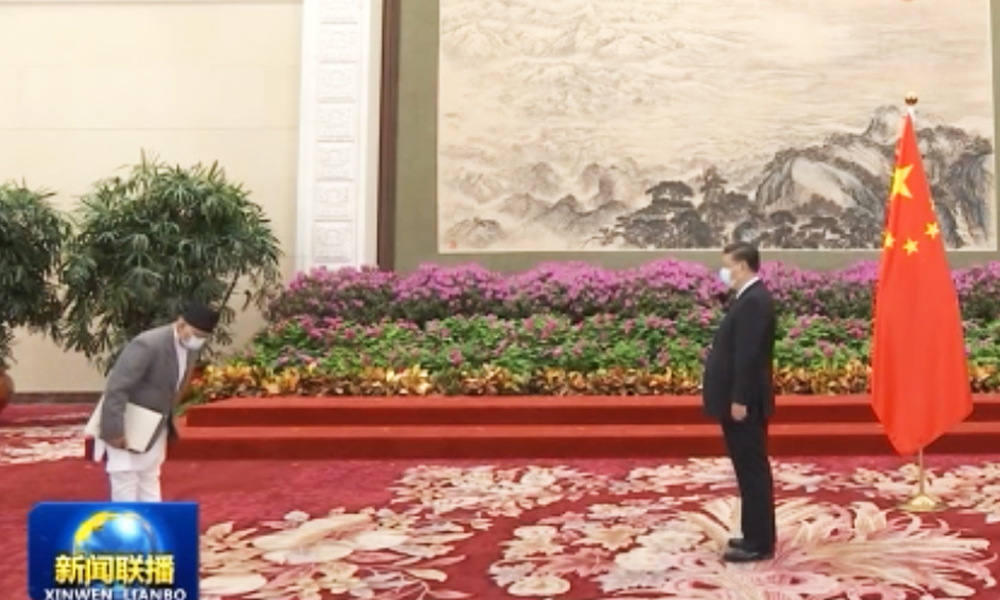 KATHMANDU: Nepal’s Ambassador to China Mahendra Bahadur Pandey has handed over the certificate to the President of China  Xi Jinping.

Ambassadors from 29 countries, including Pandey, presented certificates at a ceremony at the Great Hall of the People in Beijing.

This year marks the 100th anniversary of the founding of the Communist Party, and China has announced the 14th Five-Year Plan for Prosperity by 2025, Xi said.

Stating that China aims to embrace the philosophy and dimension of new development and benefit its citizens, President Xi briefed the ambassadors that the philosophy includes research, understanding, green concept and development.

President Xi also urged the countries concerned to play a role in bilateral relations with China.