Will be closed for a few days from 14th April 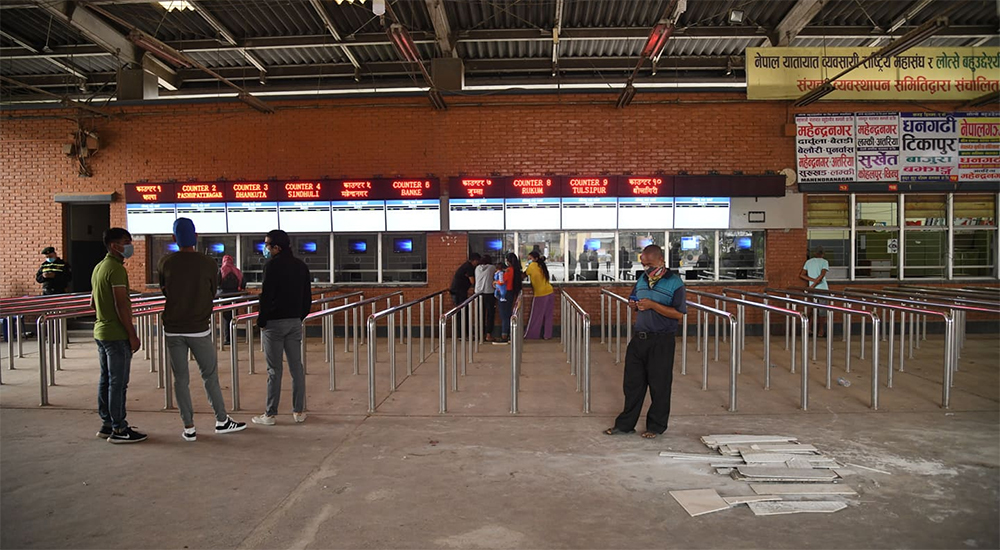 KATHMANDU: The ticket counters of the bus park will be closed for some time from April 14 as the necessary infrastructure has to be constructed to make them international standard.

Sunil Kunwar, general manager of Lhotse Multipurpose Company, which operates the new bus park, informed that the ticket counter will be closed for a few days to operate the bus park counter in accordance with international standards.

There are currently 35 ticket counters in operation inside the new bus park. The company has also requested the transport company to make arrangements for ticket sales and distribution under its management for some time as the ticket counter is being repaired.

The bus park is currently used by public transport in more than 65 districts across the country. The new bus park was brought into operation in 2056 BS under an agreement between the then head of the Kathmandu Metropolitan Corporation Keshav Sthapit and Pralika Chairman Gehendra Bahadur Karki under a ‘public-private partnership’..

Pralika Chairman Engineer Deepak Kunwar said that the aim is to develop the new bus park as an international level bus park. “We are building the only national bus park in Nepal as a well-equipped bus park,” he said.

The company has made arrangements to purchase tickets through the computer system for the convenience of passengers. As per the policy taken by the government, the use of technology has been emphasized keeping in mind the congestion that will occur after the COVID-19 infection.

Lhotse has made arrangements to pay for the purchase and booking of bus tickets through QR code. The service has been operated in collaboration with Laxmi Bank Limited.

The new bus park owned by Kathmandu Metropolitan City operates in an area of ​​161 Ropanis. The bus park has the capacity to park 1,500 public vehicles at a time.