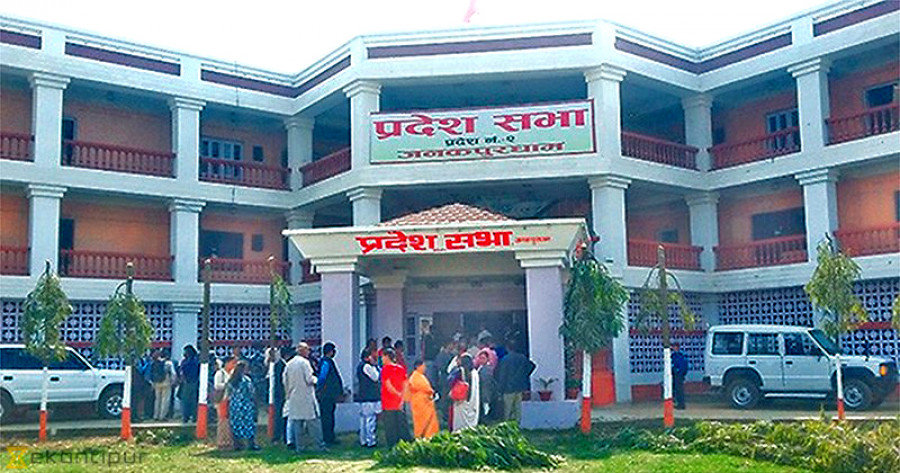 As Yadav said, though a business advisory committee meeting was called before the PA session, it has not been possible as the names of new faces on the committee are yet to be finalized.

It is required to reshuffle the committee in the aftermath of the split of Nepal Communist Party (NCP) and the unification of the Janata Samajwadi Party. The meeting has been uncertain as the related parties are yet to recommend the names of people representing in the committee.

Meanwhile, the CPN (Maoist Centre) has elected its parliamentary party leader for Province 2. Bharat Shah has been elected to the post by the party meeting. Likewise, Jagat Yadav has been elected the deputy-leader while Dilip Shah is named as the Chief Whip and Ruby Karna the Whip.

Before the unification of the CPN (UML) and the CPN (Maoist Centre) to form the NCP, Ramchandra Mandal was elected as the parliamentary leader of CPN (Maoist-Centre). But he was stripped of the responsibilities as he stood with Prime Minister KP Sharma Oli’s faction following the December 20 decision to dissolve the House of Representatives. Now Bharat Shah replaces Mandal, according to newly elected Chief Whip Shah.

The Paris Danda meeting has already decided to seek clarifications from four lawmakers including Mandal who have sided with Oli. Three others are Kundan Shah, Jwala Shah and  Mohammad Samir Ansari. The party plans to relieve them as lawmakers as well. A total of 11 lawmakers represent the Maoist-Centre in Province 2.