Decision by CCMC: Proposal to close educational institutions for at least three weeks, additional health standards to be issued 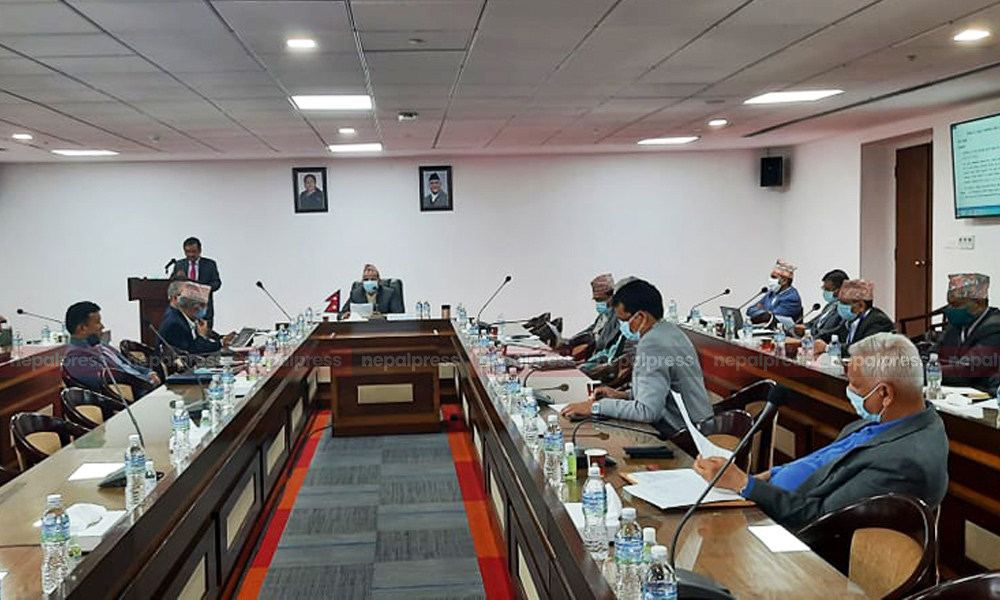 KATHMANDU: The government is set to issue guidelines with 11-point health standards to reduce the risk of infection of the new species of coronavirus. The new criteria will be implemented after the proposal passed by the COVID Crisis Management Center (CCMC) on Saturday was approved by the cabinet meeting.

A meeting chaired by Deputy Prime Minister and CCMC Coordinator Ishwor Pokharel at Singha Durbar has proposed to close schools and colleges in infected areas for at least three weeks.

Due to the increase in the number of the UK variant of coronavirus in some schools and colleges in Kathmandu, Pokhara and other places and the infection in school going age group also being high, the DCCMC (District Covid Control Center) will make arrangements to conduct online classes in such places. 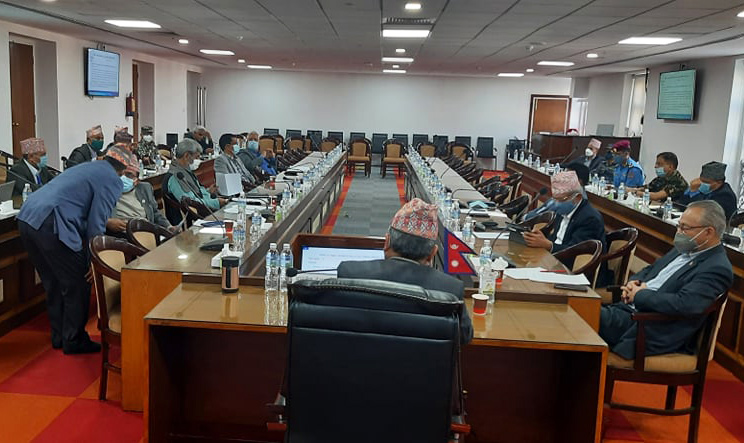 The DCCMC has directed to fully comply with the public health standards in the areas including shopping malls, dance halls, cinema halls, party palaces, health clubs, swimming pools and religious places and to strictly monitor them.

It has also been decided to close night businesses after 10 PM and to control the movement from one local level to another depending on the state of transmission.

Government Spokesperson Parbat Gurung informed Nepal Press that a decision would be taken only after the CCMC prepares the final proposal and submits it to the cabinet meeting on the basis of consultation with experts.

The meeting also appealed to all to adhere strictly to public health standards and to avoid the risk of new species of the coronavirus.

Minister Gurung told Nepal Press that various suggestions and proposals have been discussed. The CCMC will prepare the proposal and after the decision of the Council of Ministers, the standards to be implemented will be made public.

The heads of public and private bodies have proposed to ensure that standards of public health are fully complied with in their own and subordinate offices.

Mandatory use of masks while traveling on public transport and compliance with other public health standards, and make arrangements for travel in such a way that the number of passengers is limited in proportion to the number of seats. Regular monitoring will be done by the Department of Transport Management and Traffic Police.

Crowded activities such as nightclubs. dance bars and Dohori evenings evenings will be closed after 10 PM and will be monitored by DCCMC.

If the body of a Nepali citizen who died abroad due to COVID-19 has to be brought to Nepal for the death rites, this will be allowed on the basis of permission given by the concerned country.

Formation of a monitoring committee consisting of representatives of the health offices and all security agencies and the Education Development and Coordination Unit under the leadership of the Assistant Chief District Officer in each district to regularly monitor the general compliance of public health standards.

Arrangements will be made for checking passengers by establishing mandatory health desks in all the existing domestic airports in coordination with the District Health Office.

Arrangements for health check-up by establishing health desks by the state government and local level in coordination with the Ministry of Health and Population at the designated checkpoints at the land entry points of Nepal.