Discussions on an alternative government

We have not thought of an immediate alternative to Oli: PSP to Deuba and Prachanda 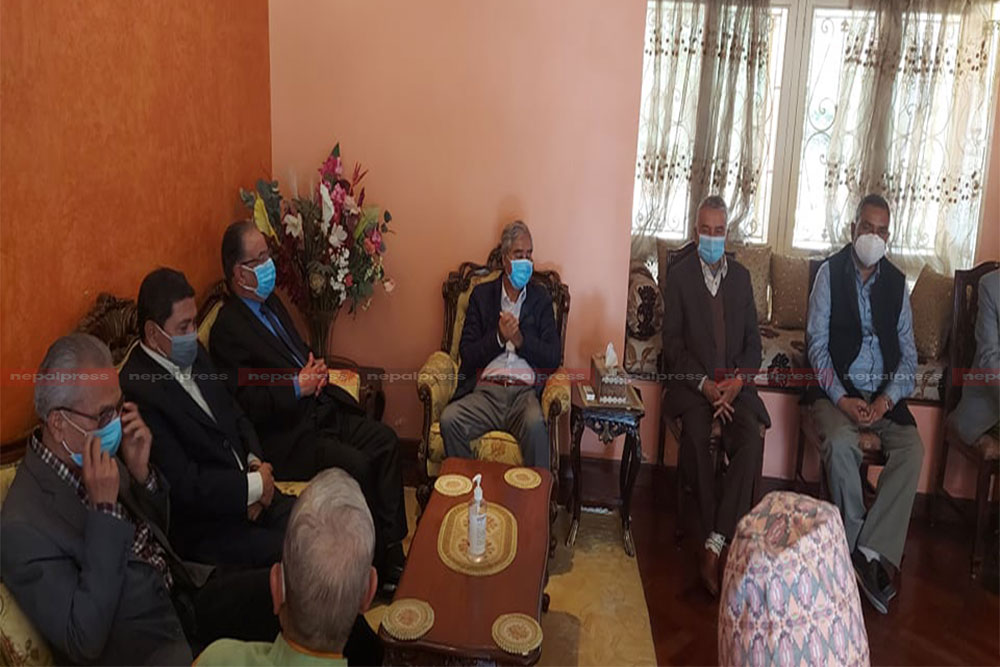 KATHMANDU: The first step taken by Nepali Congress President Sher Bahadur Deuba to form a government under his own leadership has fallen on deaf ears. The People’s Socialist Party (PSP) Nepal, which is considered decisive for the new balance of power, has made it clear that it is not possible to form a Congress-led government immediately.

At his residence in Budhanilkantha, Nepali Congress President Deuba had sought the official opinion of the CPN-Maoist Center and the PSP on the issue of forming a government under his leadership. Although the UCPN (M) agreed with Deuba’s proposal saying that an alternative to the current government was inevitable, PSP clarified that there was no possibility of immediate cooperation.

“Congress first proposed the formation of a new government. We have not only said that we will hold discussions, we have also informed that the government is working to fulfill our demands,” said PSP Chairman Mahantha Thakur after the meeting.

During the meeting, Thakur had said that the government was working on the demands of PSP and would not think of a new government if the demands were addressed. In response, Congress and Maoist leaders said they were ready to meet PSP’s demands.

However, PSP Chairman Thakur said that he wanted to fulfill his demand in cash and not on loan.

PSP leader Rajendra Mahato, who participated in the meeting, also said that it was not possible to form a Congress-led government immediately. “The Oli government is meeting our demands. The process of releasing political prisoners started only yesterday. So if it meets our demands, why form a new government?”, Mahato told Nepal Press.

According to him, there is no immediate possibility of an alternative government even if Congress president Deuba announces his party’s decision.

“Our party has not discussed the formation of a Congress-led government. We will only think of Deuba if Oli does not meet our demands,” said Mahato.

At the beginning of the meeting, the Congress-Maoist leaders were disappointed to hear the response of PSP Chairman Thakur to the proposal made by Chairman Deuba. “Even though the Congress claimed leadership of the government, PSP seemed to agree with Oli. It will be difficult to form a new government,” a Congress leader who attended the meeting told Nepal Press.

Spokesperson of the CPN-Maoist Center Narayan Kaji Shrestha, who also participated in the meeting, said that the decision of the PSP was to be awaited. “We are positive about the Congress proposal but the PSP has asked for time for discussion. Only after PSP takes a decision will further issues be taken forward,” Shrestha told reporters.

Congress Spokesperson Bishwa Prakash Sharma said that the process of forming a new government would start only after the decision of the PSP as the Congress has already submitted its proposal. “Only after PSP takes a decision will it be possible to take concrete steps for a new government,” Sharma told reporters.

A meeting of the Congress Central Committee on 2nd March had decided to demand the resignation of Prime Minister Oli and take the lead in forming a new government under its leadership. Only a week after the decision, President Deuba made a formal attempt to balance power.