Victory of Bipul Pokharel in Federation of Nepali Journalists certain 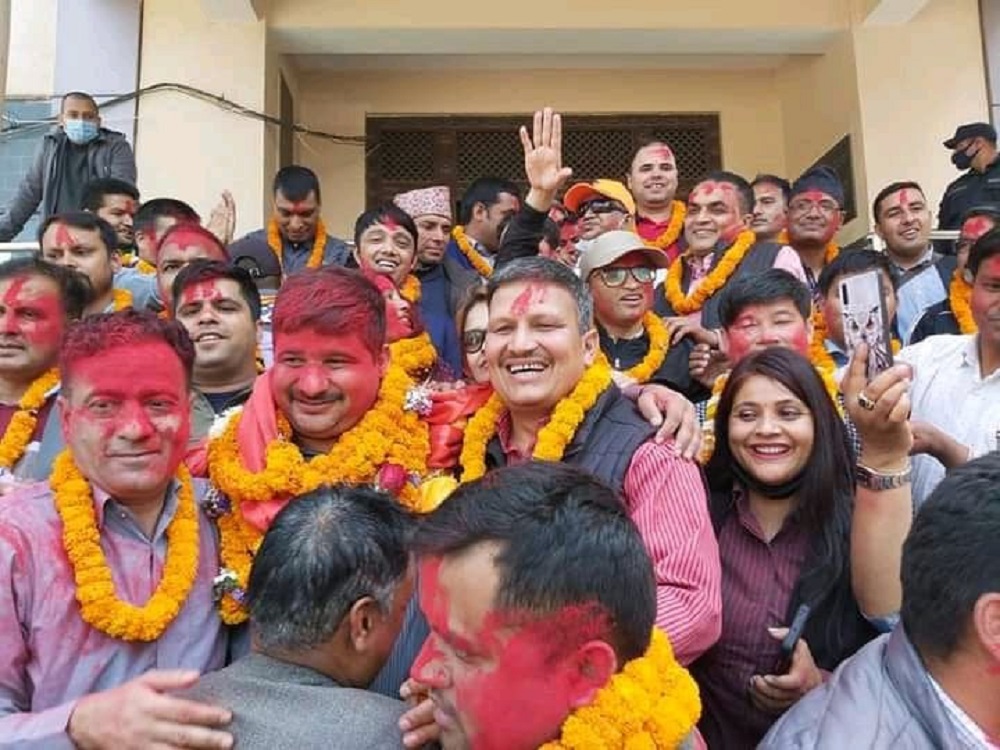 KATHMANDU: Bipul Pokhrel’s panel has won the election for the new leadership of the Federation of Nepali Journalists. The results have not been formally announced.

For the first time in a direct election, the Press Union has won on a single panel. Bipul panel victory is assured. Bipul Pokhrel has defeated his rival Nirmala Sharma by more than 2,000 votes.

As soon as Bipul’s victory was confirmed, the Press Union celebrated his victory by giving him Khada and garlands. The official announcement of the results is scheduled for 5 p.m.

According to the latest results, 11 organizations including Press Union Press Organization and Press Chautari are leading in all the posts.

According to the latest poll results, the Pokhrel-led group got 5,300 votes and the Nirmala Sharma-led group got 3,000 votes. Gajendra Budhathoki has received 176 votes.