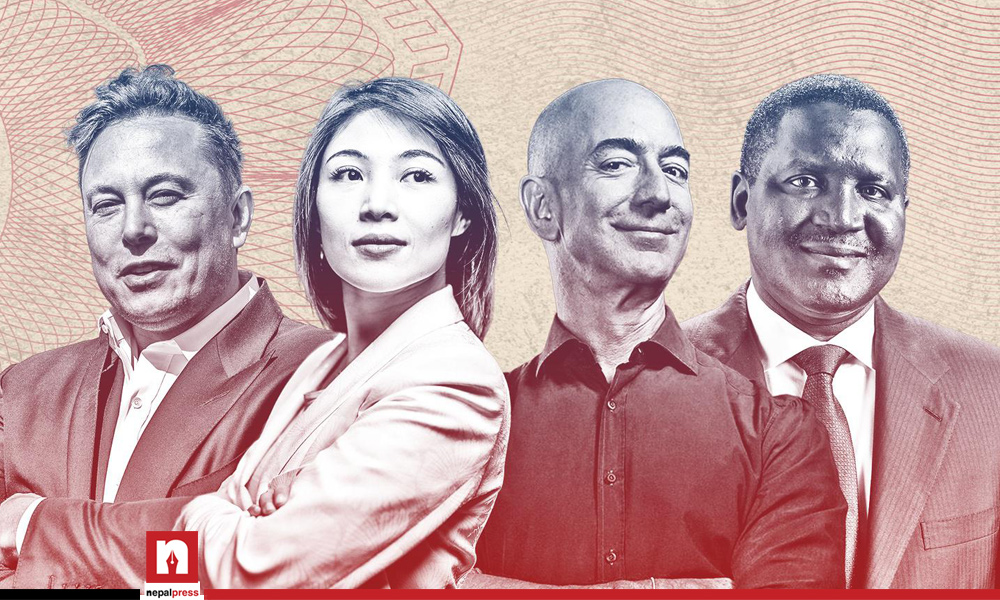 Elon Musk, owner of rocket company SpaceX and automobile manufacturer Tesla, is second on the list of wealthiest people. Bezos has a net worth of USD 151 billion.

493 new billionaires have been added to Forbes’ 35th annual list. Of them, 210 are from China and Hong Kong.

Third on the list is Bernard Arnold, a wealthy luxury goods producer in Paris. Microsoft owner Bill Gates is in fourth place, while Facebook founder Mark Zuckerberg is in fifth place with a net worth of USD 97 Billion.

Warren Buffett is sixth, Larry Ellison is seventh, Google owner Larry Page is eighth, Google’s Sergey Brin is ninth and India’s richest man Mukesh Ambani is tenth with USD 84.4 billion. According to this list, Ambani is the richest man in Asia.

The place of Binod Chaudhary, the only Nepali on the list, has slipped. He was in 1513th position last year but this time he has come down to 2141st position. His fortune is stable at USD 1.4 billion.