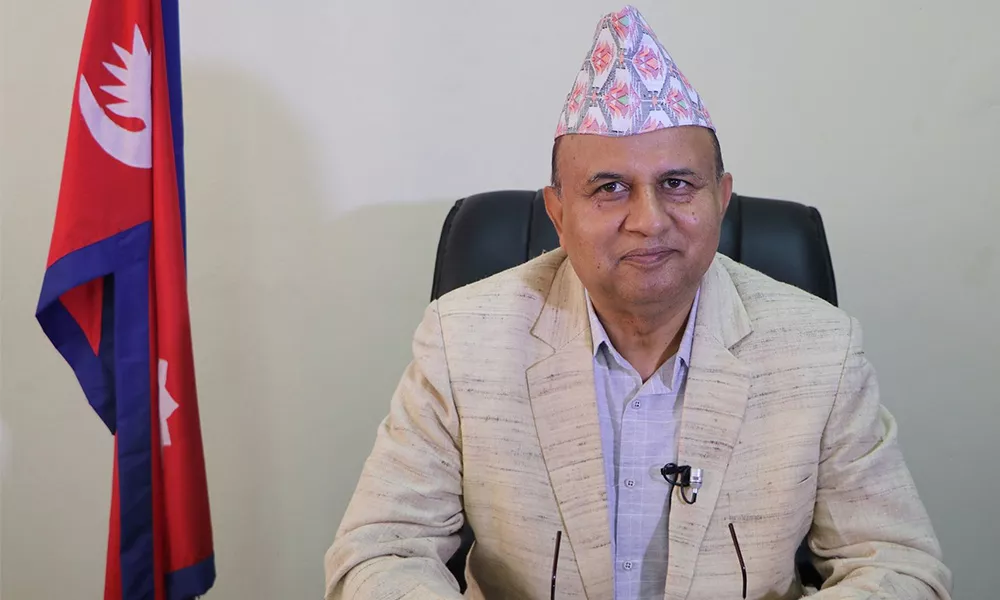 RUPANDEHI: The CPN-UML has also started discussions for the stability of its government after the CPN-Maoist Center and Nepali Congress started taking initiative with the support of the People’s Socialist Party (Janata Samajwadi Party, Ja Sa Pa) for the change of government in Lumbini.

After receiving information that signatures for a no-confidence motion against the government are being collected, Chief Minister Shankar Pokharel is preparing to remove two ministers in the government from the Maoist center. Even though the UML did not have to work hard to sustain the government, the cooperation of the PSP has become inevitable as soon as the Maoists withdrew their support.

Out of the total 87 MPs in Lumbini, 41 are from UML, 20 from UCPN (Maoist), 19 from Nepali Congress, 6 from PSP and 1 from Janamorcha. Among them, two MPs elected from the UCPN (Maoist) have joined the UML and the party has already submitted a letter to the parliament.

If two seats become vacant today, Purna Bahadur Gharti, who became the speaker from the Maoist center, will not be able to participate in the polls.

According to a source, the Maoist Center has moved forward to form a government with the Nepali Congress and PSP under its leadership. News has come out that even signatures have been collected for this.

However, this process has been blocked because not all PSP MPs have agreed to sign this. Chief Whip of the State Assembly Santosh Pandey, Vijay Yadav and Sahasraram Yadav want to move ahead in collaboration with UML.

That is why this process has not been able to move forward. The group has agreed to form a government led by Kul Prasad KC of the UCPN (M), who is now the second-ranked Minister in the state assembly. The UCPN (M) and the Nepali Congress (NC) have agreed to share three of the eight ministries approved by the Central Government for the state government, and two for the PSP.

However, Nepali Congress Chief Whip Fakurudin Khan said that the no-confidence motion had not been signed despite discussions on co-operation between the three parties.

He told Nepal Press: “We have discussed. The issue of who will take the lead has not been taken forward. It has not been decided yet but the cooperation of the three parties is necessary for a political solution. The discussion on this has moved forward.”

After understanding the activities of the Maoist Center and the Nepali Congress, Chief Minister Shankar Pokharel has tried to move forward by making a group of the PSP as his partner.

After removing the Minister for Internal Affairs and Law Kul Prasad KC and Minister for Social Development Sudarshan Baral from the Maoist center in the Lumbini state government, the Chief Minister will be able to add four more ministers.

Bhumishwor Dhakal, Chief Whip of the CPN-UML in the state Assembly told Nepal Press that preparations have been made to reshuffle the cabinet immediately. He claimed that cooperation with PSP was almost over.

UML has also started preparations for the PSP to appoint two ministers from their side. However, Dhakal said that this has not been concluded.

“The party has been with us from the very beginning, we have moved forward through coordination on many issues, and we are still planning for the same,” said Dhakal.

Chief Whip of the Lumbini Parliamentary Party, Santosh Pandey, said that discussions with the CPN-UML on running the government and other issues have not reached a conclusion. He said a no-confidence motion by other parties would not succeed.

Who is in line for Minister?

The names of Santosh Kumar Pandey and Bijay Yadav have come forward from the PSP for the new cabinet. The names of UML Chief Whips Bhumishwar Dhakal, Kamal Shrestha and Bhoj Prasad Shrestha are being discussed.