Impact of COVID-19 on Education 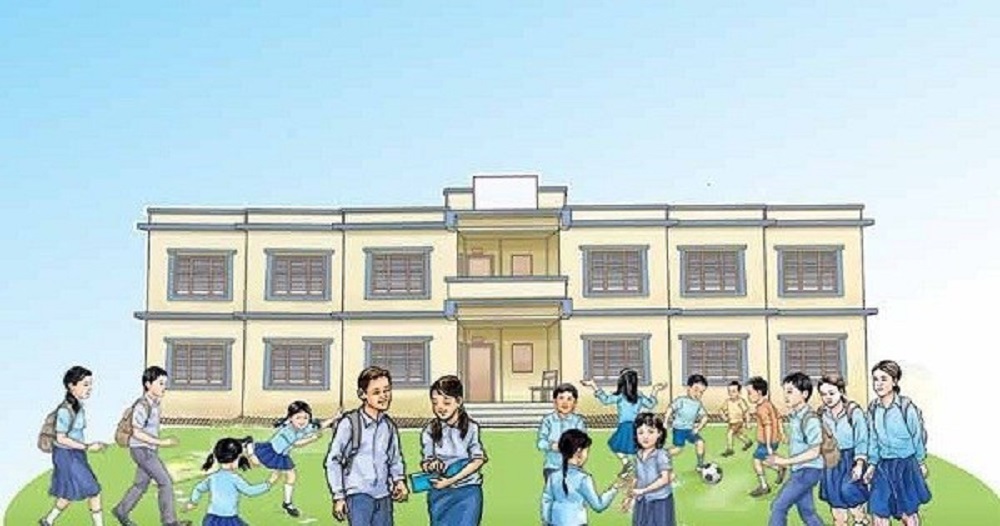 KATHMANDU: Schools that were closed for about nine months due to the COVID pandemic reopened since January. The government plans to complete this academic session in June and start the new academic year by July. Yet, there does not seem to be any enthusiasm regarding the reopening of schools in both teachers and students.

Hari Upreti, a teacher at Nalanda Vidya Mandir in Bhaktapur, does not find as much enthusiasm in students as he used to. He still feels that the fear of COVID has made students less active than before. “Students did not come for many days even after the school opened. Gradually the number increased. But, they seem to zone out, keep tossing and turning and don’t want to interact,” says teacher Upreti.

Before coming back to school, students were getting used to virtual classrooms. He feels that teachers are challenged by the lack of enthusiasm in students after they suddenly came to school. According to Upreti, classes have been conducted by adopting a new method of assessment in learning, even though it is difficult to complete the academic session on time.

Meanwhile, Narendra Kumar Nagarkoti, an instructor of teaching and learning, conducted educational workshops with teachers of more than 20 schools. In the interaction with them, the teachers said that the students are not as enthusiastic as in the previous year.

“Many teachers say that the psychology of children has changed. They have also felt that the creative writing of the students has been affected,” says Nagarkoti.

On top of that, he is of the view that the pace of the curriculum has added more pressure on students. “There was always a race to complete the curriculum as soon as possible. This has now increased. Students are under pressure as schools are making them memorize, focusing on rote learning, making students count the number of days left for the exams to begin,” he says.

Expert on Child Development Meenakshi Dahal has also found that the children have lost patience since the beginning of the academic session. She says the teachers have been reporting restlessness and change in behavior and regular habits of children in the classroom.

Dahal says that teachers, along with children, are also facing additional challenges. “We have not paid attention to the change in teachers. The challenge for them now is the pressure to finish the lessons,” she says.

Dahal is of the opinion that everyone is focused on getting the students to the upper class by making them appear for exams rather than emphasizing how much they understand.

“Parents’ wishes are also centered on the exam. The scenario of education has diverted now,” she says, “the government has added more pressure on students by publishing the SEE routine.”

‘No Teaching, No Learning’ in Community Schools

Chairman of the Federation of Community School Management Committee Krishna Thapa says that learning has not started even after the schools reopened. “100% education has not started yet. Students go to school wearing their uniforms, but teachers are nowhere to be found.” Thapa says. He complains that health standards have not been adopted in schools.

According to him, the school has taught only to cover the academic session. Therefore, even when the school is open, the effectiveness is zero. In addition, the recent air pollution has also affected the teaching-learning process.

He complains that there is teaching but no learning in private schools, while neither is happening in community schools.

We should not expect the same as last year – PABSON Chairman

Tikaram Puri, Chairman of PABSON, says that expectations from private schools cannot be the same as last year. However, he claims that achievements are better than expected. “Teaching-learning is going on in schools. They are preparing for the final exams. The schools that conduct classes online have achieved the same educational achievement as last year. It is a better achievement than expected,” said Puri.

He does not agree that the exam has created pressure on the students. According to Chairman Puri, since the examination is the appropriate method of assessment and it must be continued.

He admits that private schools have recently stopped adopting health standards. He said that they are urging to adopt the standards now. “We have said that we will continue teaching only after adopting all the standards. Now the students are becoming more and more comfortable. The situation is becoming normal,” says Puri.