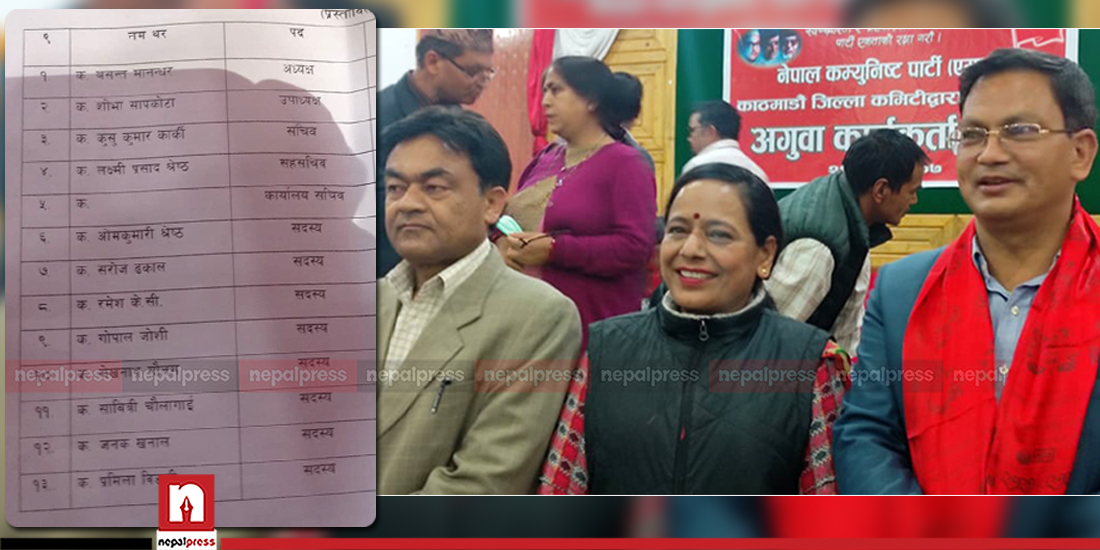 KATHMANDU: There has come about a formal division in the Kathmandu Committee of the CPN-UML. The Madhav Nepal group announced a separate District Committee led by Basanta Manandhar today.

A parallel committee was announced in the presence of leaders Jhalanath Khanal and Madhav Nepal at a program organized in the capital. The Committee formed under the leadership of Bagmati State Assembly Member Manandhar has Shobha Sapkota as Vice-Chairperson, Kusum Karmi as Secretary and Laxmi Prasad Shrestha as Deputy Secretary.

The District Committee of the Nepal Group has 225 members.