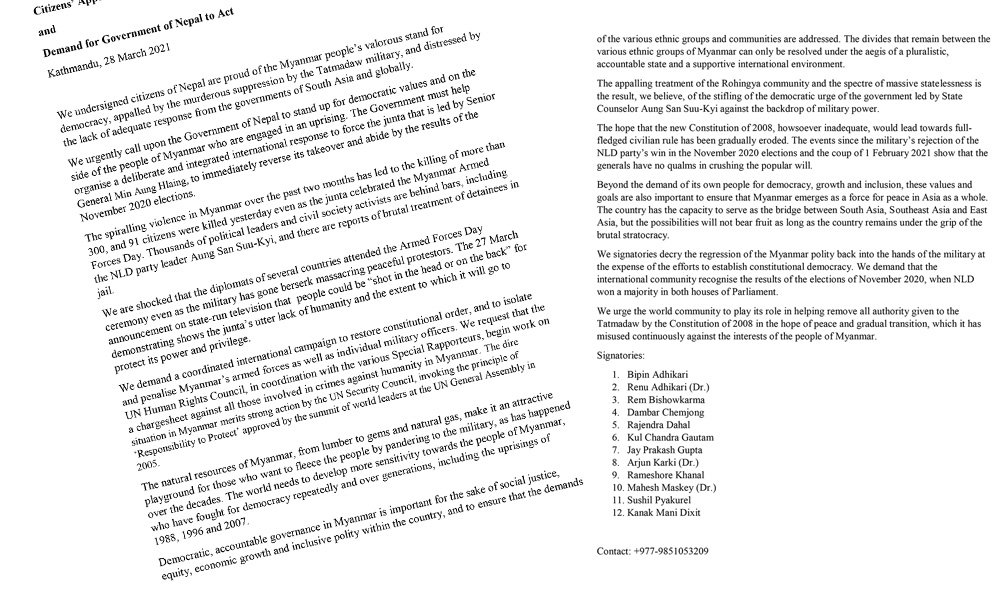 KATHMANDU: Nepal-based civil society has called for an end to the attack on Myanmar nationals. It has also appealed to the Government of Nepal to oppose the actions of the Myanmar Army.

On behalf of civil society, 12 people from different backgrounds have issued a statement emphasizing that Nepal should stand by the people of Myanmar. It has also called for the prosecution of international crimes as killing civilians is a crime against humanity.

The statement added that the Myanmar army should immediately hand over power to the elected leadership and adhere to the basic values ​​of the 2008 constitution.

Speaking to Nepal Press on 18th March, Prime Minister KP Sharma Oli condemned the violence in Myanmar and demanded the release of arrested elected leaders. He also said that Nepal wanted peace in Myanmar and this problem should be resolved peacefully.