Condition of atmosphere in the country remains critical 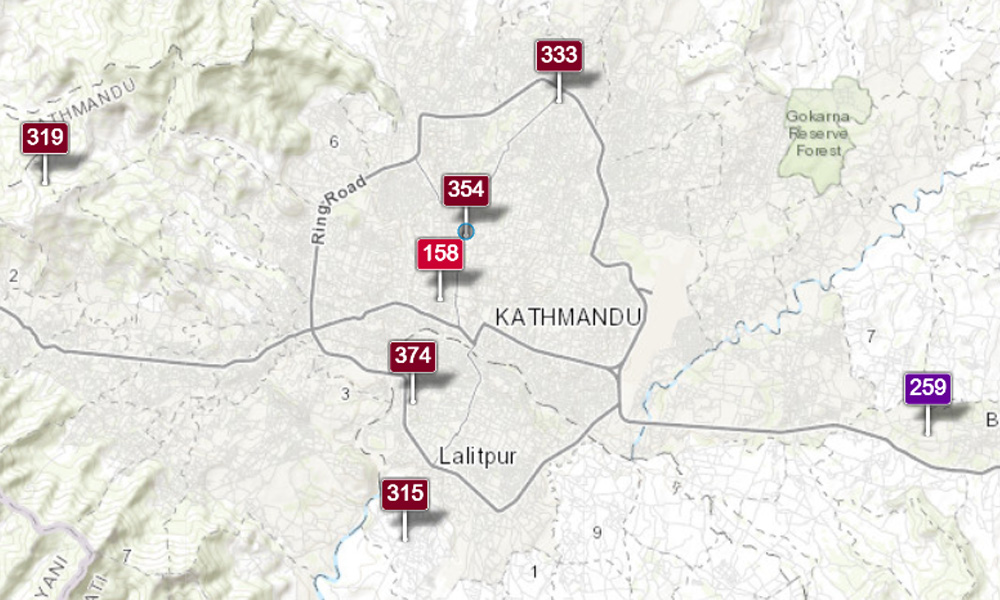 KATHMANDU: On Monday, for the fourth day in a row, the environmental condition of various cities of the country including the Kathmandu Valley has remained critical.

The wildfire that has been raging across the country since Friday has caused thick dust in the skies of Kathmandu and other areas, due to which the sun has not been able to shine and the increased pollution has caused problems of eye-burning.

The Department of Water and Meteorology has stated that the environmental condition of Kathmandu will not improve even on Monday. “The wildfire has spread across the country. The weather is not likely to improve today,” meteorologist Meenkumar Aryal told Nepal Press. “The speed of the wind may increase from tomorrow. We hope this will help improve the condition.”

He said that there was no possibility of immediate rain even though there were light clouds covering the hilly areas.

Even as of Monday morning, Kathmandu’s Air Quality (AQI) is lethal. Jamsikhel of Lalitpur has the highest AQI of 434 PM. The AQI in the US Embassy is 319 PM, 354 in Durbar Marg, 152 in Ratna Park and 336 in Bhainsepati.

According to the AQI data recorded at 10 AM, Kathmandu is currently the most polluted city in the world.