We will consider it if Oli captures UML through legal means, otherwise it is ours: Madhav Nepal 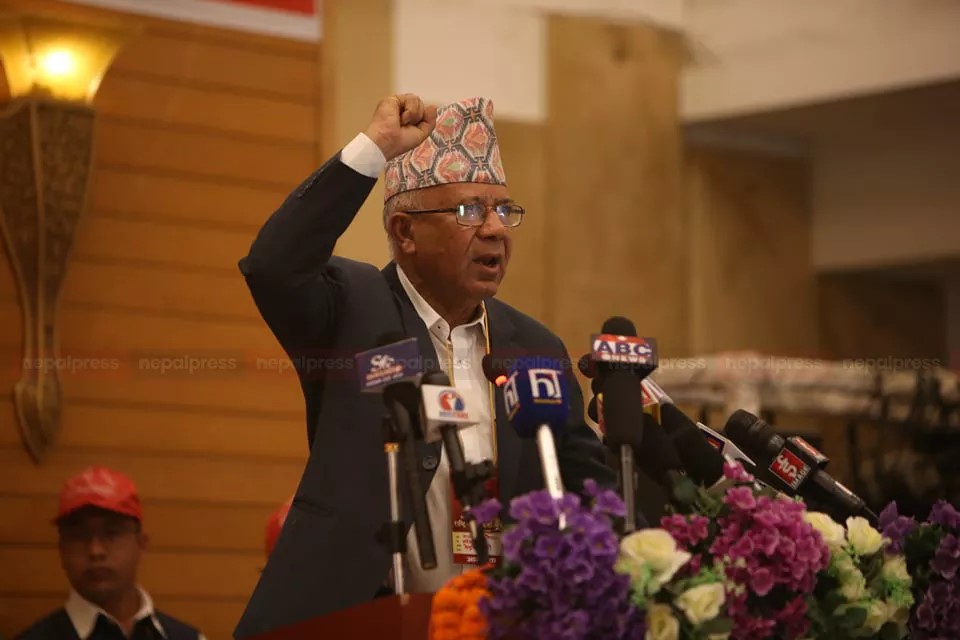 KATHMANDU: Leader Madhav Kumar Nepal, who is conducting parallel activities in the CPN-UML, has said that they are trying to fight against KP Oli from within instead of splitting the party.

Addressing a gathering of students in Kathmandu on Tuesday, Nepal claimed that Oli’s squabbling will remain only until he stays in office and said that the Oli trend would end after he is brought to the streets.

Nepal said, “We are not intimidated by KP Oli’s alleged explanation, we are not terrorized, we are ready to face it all. Madhav Nepal never gets confused. It is not difficult to fight with KP Oli. His two days of squabbling are only as long as he is in the Prime Minister’s chair. This will end just as he comes back to the streets.”

Nepal said, “Someone told me that my face becomes dark when I am sitting on the stage and that I should smile a little. I was trying to laugh. We will not split the party, UML is ours. If Oli captures it by legal means, then we will think about it.”

Senior leader Nepal has even announced to form separate committees for all people’s organizations and across the country.