UML’s question to Madhav Nepal: Are you capturing the UML by becoming Prachanda’s puppet? 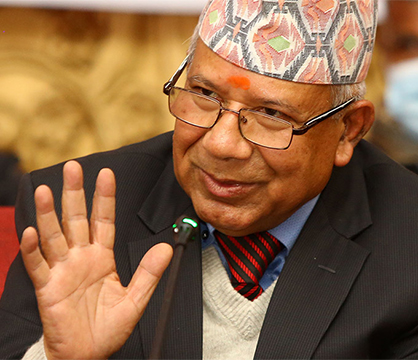 KATHMANDU: CPN-UML has demanded a 10-point explanation from Madhav Kumar Nepal stating that he is not a senior leader of the party. In the letter of explanation, Nepal has been addressed as a member of the General Convention Organizing Committee.

As per the decision of the party’s central committee meeting, General Secretary Ishwor Pokharel asked on what basis the chairman KP Sharma Oli was expelled from the streets illegally.

The further answer on why he became a follower of senior CPN (Maoist) leader by submitting a 19-point charge sheet against the Chairman is also asked.

Nepal has been asked to form a parallel committee and hold factional meetings to explain why it has repeatedly petitioned the Election Commission to split the party.

The UML has not yet refuted Prachanda’s statement that Madhav  has joined hands with Prachanda by inciting other opposition parties to overthrow the UML-led government.

If the reply is not submitted within three days, action will be taken as per the rules and regulations. 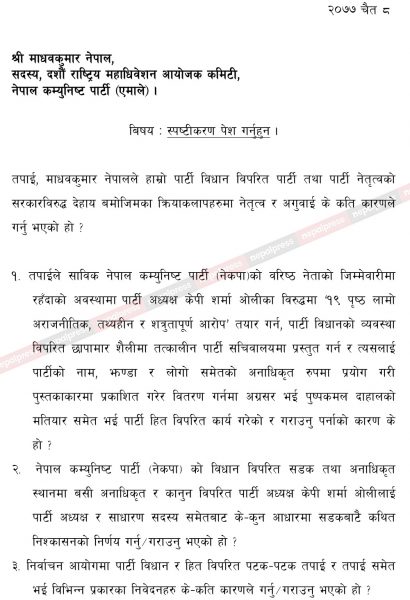