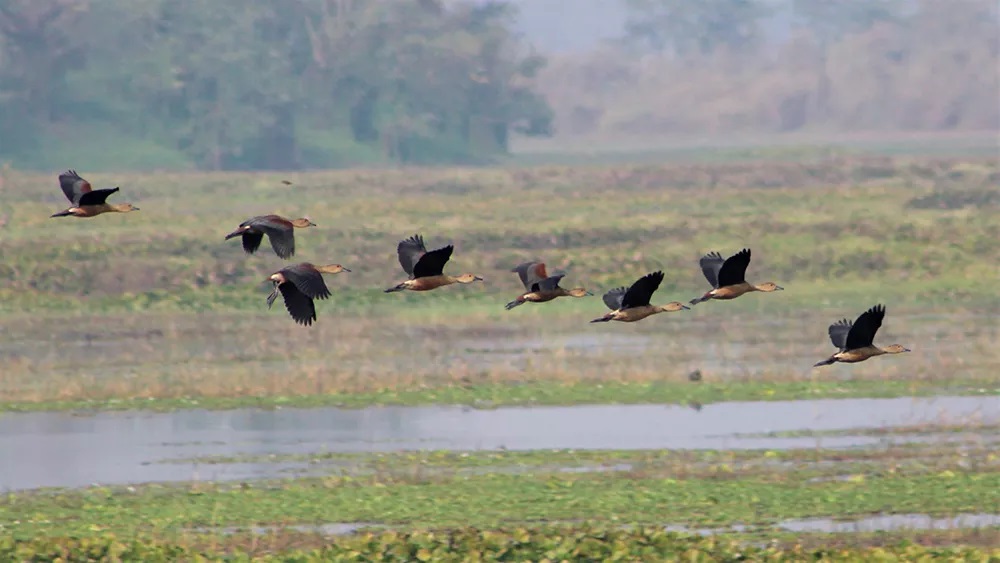 RUPANDEHI: Experts have suggested developing Lumbini, the birthplace of Buddha, as a bird tourism area.This was suggested by the participants of the workshop in Lumbini with the participation of the bird count coordinator, ornithologist and representatives of bird conservation organizations.

Hundreds of species of birds living in water, wetlands and grasslands can be seen around Lumbini, he said, adding that the country is an excellent destination for bird tourism.

Experts participating in the program have suggested adopting new methods, techniques and plans for the waterfowl census in Nepal.

Lumbini Cultural Municipality Mayor Manmohan Chaudhary said that the municipality has declared the world’s tallest bird stork as a city bird to explain the importance of birds.

“We are planning to conserve the storks,” he said. “We are trying to increase the length of stay by enticing those who come to Lumbini for peace.”

Chief Conservation Officer of the Department of National Parks and Wildlife Conservation Laxman Poudyal and Himalayan Nature Program Director Dr Tulsi Subedi and others discussed the role to be played in conserving the wetland area.

Lumbini Development Fund Vice-Chairman Awadhesh Kumar Tripathi has said that the Lumbini area is a paradise for bird tourism. He urged to make timely plans for bird conservation.

In the discussion organized with the objective of helping to make the waterfowl census systematic and scientific, information has been given about the new methods, techniques and plans developed for the census.

In the program organized by the Himalayan Nature, which has been coordinating the waterfowl census in Nepal every year in mid-winter, the data collection, counting and accuracy of the bird census has also been summarized.

The workshop discusses the declining condition of Nepal’s wetland area and the work to be done for its conservation. Similarly, the condition of water birds and the work to be done to facilitate and conserve the movement of birds have also been discussed. The information has been given about taking necessary effective steps for waterbird conservation and sustainable management of wetland areas.

Senior Coordinator of Bird Counting Senior Ornithologist Dr. Hemsagar Baral and senior scientist at Wetland International. Tej Mundakar informed about the condition of waterbirds in Nepal, South Asia and the world and the work to be done for its conservation.

Earlier, the first event was held in Lumbini in 2007 and the second in 2012 in Chitwan.