Anticlimax of CPN controversy: Badal a bonus to Oli in UML-Maoist ‘divorce’ 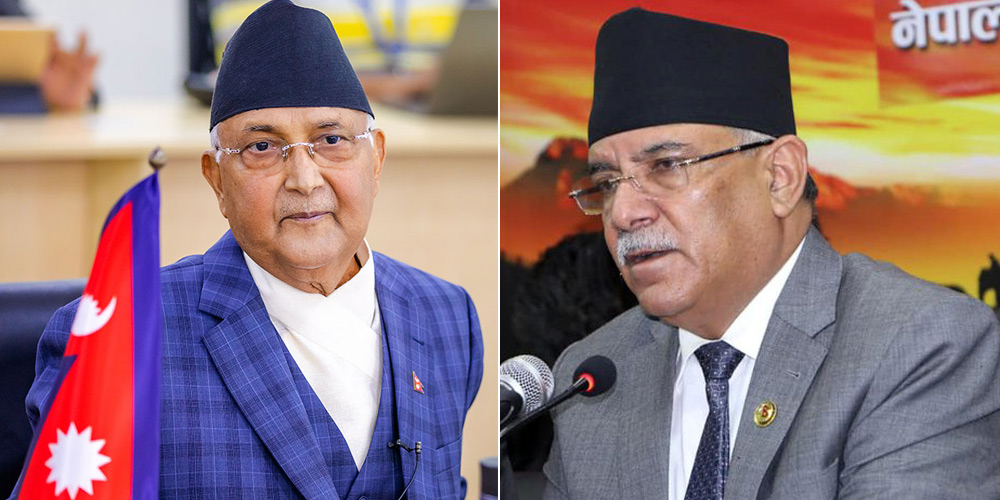 KATHMANDU: The long-running infighting within the ruling Communist Party of Nepal has come to a dramatic end. Leaders of the UML and the Maoist party have returned to their nests after both sides decided to implement the Supreme Court’s decision yesterday.

When the two major communist parties united almost three years ago, many were sceptical of its sustainability. As the ideological ground of unity was not strong, many expected that sooner or later the former UML and the Former Maoists would go their separate ways. However, no one imagined that they would leave in this way.

After the dissolution of the parliament by Prime Minister KP Sharma Oli, there was an unofficial split in the CPN. However, they were in a battle for authenticity as the Election Commission did not recognize it. Now the party is divided but in a completely different way. As the dispute within the CPN escalated, the leaders on both sides have finally returned to their old camps.

Ram Bahadur Thapa Badal’s faction is seen as an exception in this process of allotment. He and the former Maoist leaders in the Oli faction are not in the mood to return to the Maoists. Despite the risk of losing the parliamentary seat by the Maoist centre by taking action tomorrow, they have decided to support the Oli group. Another interesting context is that leaders like Badal, Lekhraj Bhatt and Top Bahadur Rayamajhi, who fought in the People’s War, are ready to take reasonable responsibility in the CPN-UML. Oli has taken this as an important bonus.

Although the UML-Maoists were not reliable, it was expected to bring good results to the country. The country, plagued by long-standing political instability, needed a strong government with a comfortable majority, which was fulfilled by the UML-Maoist unity. The people expected the country to move forward in the direction of development and prosperity with the formation of a strong government with a two-thirds majority.

However,  people’s expectation failed at a time when there were games to overthrow the government from within the party. A group of CPN  activists became more active on how to make the government fail rather than how to make it effective. At the same time, Prime Minister KP Oli dissolved the parliament unconstitutionally. Even if the court has corrected it, Oli’s same step has brought Nepali politics to today’s point.

Even after the UML and Maoist centre split, politics has not returned to normal. A meeting of the Prachanda-Madhav faction on Saturday expressed serious disagreement with the Supreme Court’s decision and decided to go for judicial review. At the same time, the Maoist centre is now likely to withdraw its support to the government. In that case, the future of the government is still not secure.

After Madhav Nepal’s factions return to UML, Oli leadership will continue to be challenged. As divisions within the party grew, leaders of both groups competed against each other. No one had anything left to say to anyone. It is not easy for both sides of the UML to forget the bitterness it has created. The Maoists do not have this problem.

What is needed now in the UML is to forget the old bitterness and create a cordial atmosphere within the party. KP Oli has the main responsibility for that. As the Prime Minister and Chairman of the UML, he should now show the ability to reconcile without any animosity over the line he has returned. The Madhav-Jhalanath group should be treated with respect without being insulted.

At the same time, the other side must abandon the spirit of revenge and contribute to making its party-led government strong and effective. If both the parties present themselves in such a way as to make each other proud, it may be unfortunate not only for the party but also for national politics.