Melamchi water in Sundarijal: Two decades of efforts coming to an end 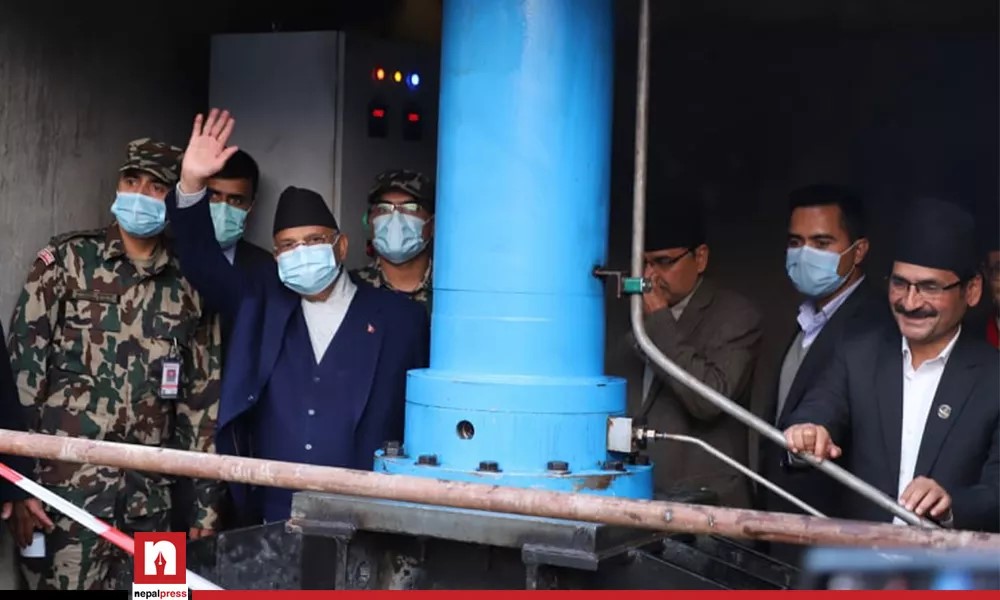 KATHMANDU: Water of the much awaited Melamchi Drinking Water Project has fallen into Sundarijal for the first time yesterday. Now, Kathmanduites will soon be able to drink Melamchi water.

The water that was put in the tunnel for testing on 22nd February has reached Sundarijal today. Water will be pumped to two water treatment plants in Sundarijal and connected to the distribution system.

Earlier, a test was conducted by filling the tunnel with water on 13th July, which was not successful. The main gate of the audit of Ambathan in Helambu Gaonpalika-1 had burst, and an engineer and a driver of the project went missing in the accident.

After that, a team of four experts re-examined the tunnel, source, gates, other structures and repaired them. Thus, the tunnel has been re-tested.

The government has been making various efforts for a long time to provide reliable drinking water service to the growing population of Kathmandu Valley. A study conducted in 2041 BS identified 22 different alternative sources of drinking water for Kathmanduites, including Melamchi.

Another study in 2049 selected Melamchi, Yangri and Larke as the best economic and technical options. The study concluded that a total of 510 million litres of water could be supplied to the Kathmandu Valley daily from there.

Accordingly, the Government of Nepal formed the Melamchi Drinking Water Development Committee in 2055 BS to implement the plan to bring Melamchi, Yangri and Larke water to Kathmandu in a phased manner.

In the first phase, the project has completed the construction of a daily 170 million liter water treatment plant in Sundarijal. The construction work of the headworks is in the final stage. Currently, water flows into the tunnel through a diversion tunnel from a temporary dam constructed 100 meters above the headworks site.

Under the current interim arrangement, 170 million liters of water will be available in Kathmandu daily after full flow of water. The committee has stated that it will help solve the drinking water problem of the Kathmandu Valley.