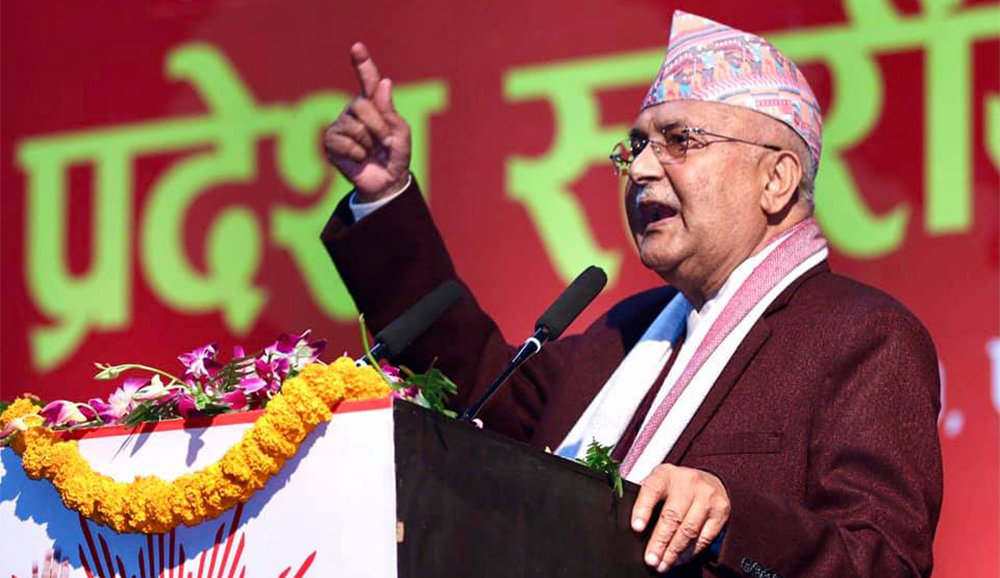 BIRATNAGAR: Prime Minister KP Sharma Oli is coming to Province 1 today to participate in two programs to be held in Morang and Jhapa.

Prime Minister Oli is scheduled to inaugurate the Eastern Zonal Cancer Hospital constructed at the B&C Hospital premises at Birtamode in Jhapa.

After the inauguration of the newly constructed hospital building, there is a program to inaugurate the construction of an integrated Santhal settlement in Urlabari of Morang, said CPN Central Member Binod Dhakal.

A hospital for cancer treatment has been constructed at the B&C Hospital premises in Birtamod, Jhapa with an investment of Rs 6 Billion.

Durga Prasai, Executive Director of the hospital, said that there is no need to go abroad for cancer treatment as the Eastern Cancer Hospital will provide quality services and facilities.

According to Director Prasai, the 300-bed hospital has all the necessary services including radiotherapy, chemotherapy and surgery for cancer treatment.

The Ministry of Urban Development is going to build an integrated Santhal settlement to be inaugurated by the Prime Minister.

The Ministry is going to build a total of 132 houses for 26 Urao and 106 Santhal ethnic groups on the banks of Ratoholi Kholsi. It is stated that Rs. 300 million will be spent for the construction of the entire settlement.