If Congress has to lead the government, I have a claim on Prime Minister: Prakash Man Singh 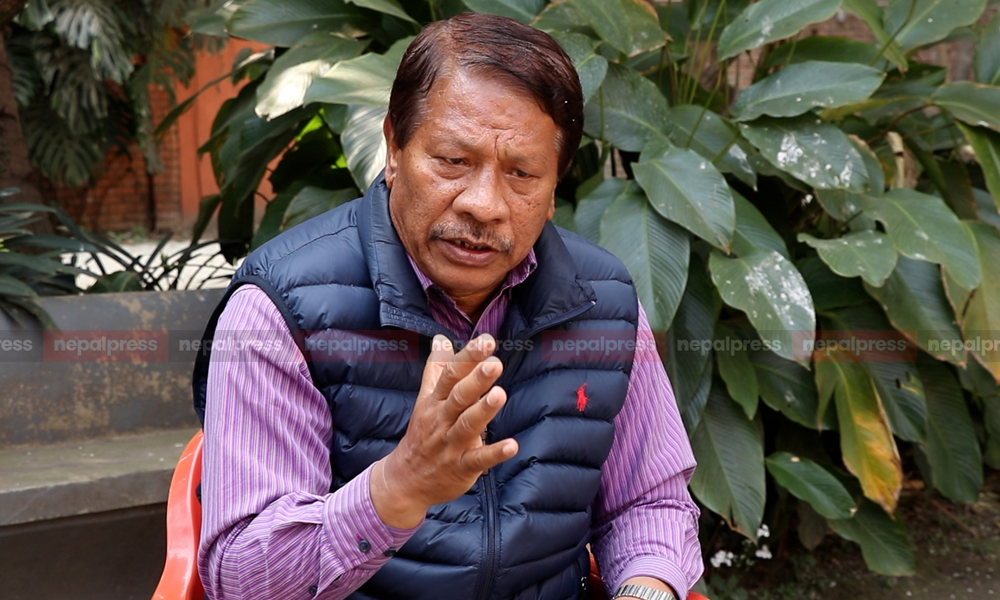 KATHMANDU: Ganeshman Singh is a rare politician in Nepal’s politics who once abandoned the position of Prime Minister. Ganeshman, the Commander of the Jana Andolan of 2046 BS, had given up the post of Prime Minister to Krishna Prasad Bhattarai.

Ganeshman’s son Prakash Man Singh is at the center of Congress politics at the moment. Singh, who has become the party’s Central Vice President and General Secretary, is also a former Deputy Prime Minister. After the last parliamentary election, Singh competed with Nepali Congress President Sher Bahadur Deuba to lead the parliamentary party.

After the re-establishment of the House of Representatives, Singh’s name is being discussed in Congress circles after Deuba as future Prime Minister. Nakul Aryal’s conversation with Congress leader Singh for Nepal Press about the recent political context, possible equations and demands on the Prime Minister, presented in Nepal Talk here:

It has become our habit to want everything quickly. The court has annulled the dissolution of the parliament. Parliament will now sit. He did not say that political confusion has increased without sitting in the parliament. Politics has come to the forefront of the constitution.

Now, political issues are decided through parliamentary practice. The Supreme Court’s order has overturned the unconstitutional act of the Communist Party of Nepal government. We have been saying since 20th December that Prime Minister Oli’s move is unconstitutional. Moreover, in April 2020 BS, the Congress Central Committee had ruled that Prime Minister Oli had lost his political legitimacy.

Even though the people voted for prosperity and good governance, the CPN government only carried out various scams. The government could not do anything to make the people happy. We have repeatedly warned the Prime Minister. Friends within the CPN at that time sided with the Prime Minister. Well, now a faction in the CPN is also standing against Oli’s wrong move. Oli would not have seemed so authoritarian and undemocratic if he had obeyed the Congress at that time. Oli was made undemocratic by the CPN. Therefore, the root of the current political instability is the entire CPN.

Parliament has been revived by the order of the Supreme Court. What will the Parliament do now?

The Supreme Court has declared the dissolution of the parliament unconstitutional. First of all, the legitimacy and morality of the government to take unconstitutional steps is over. Oliji should be embarrassed to remain in the PM’s chair even on the basis of political, constitutional and parliamentary practice. The Congress had earlier itself said that the significance of the Oli government is over. The order of the Supreme has strengthened this even more. 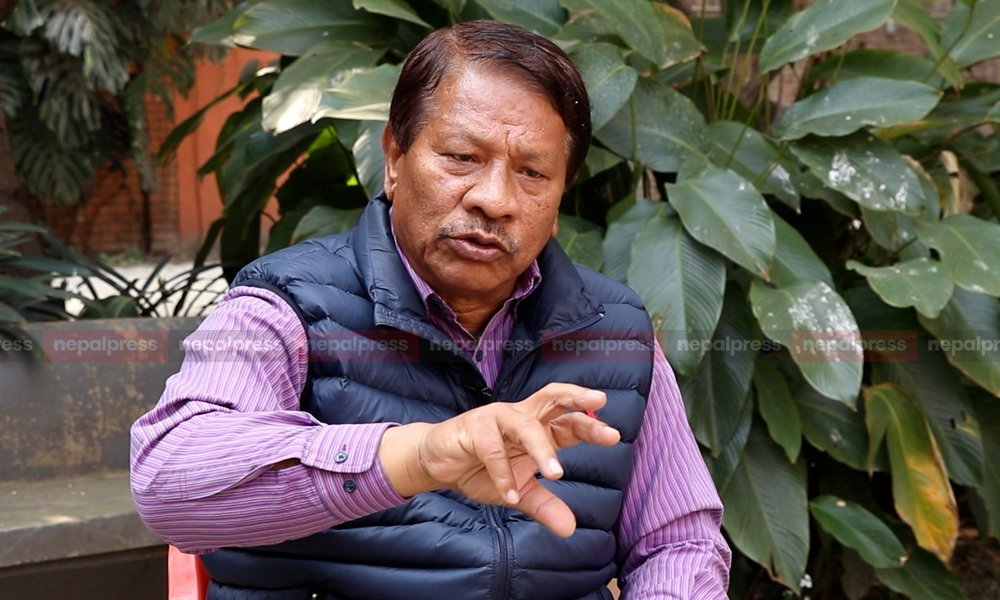 So the Congress is trying to remove the Prime Minister? Bring a motion of no confidence?

Due to Prime Minister Oli, the constitution and democracy are in trouble. So we are not in favor of his continuity. But this is all a matter of parliamentary practice.

The Congress is a responsible main opposition party. Due to Prime Minister Oli, the constitution and democracy are in trouble. So we are not in favor of his continuity. But this is all a matter of parliamentary practice. Now the parliament will sit for a meeting. The Congress will make decisions according to how these issues come up in the Parliament.

The Congress is in a position to make a mature decision based on the specific situation within the parliament. Congress will make decisions in due course.

The Congress is now rumored to have received offers of power from both sides of the CPN. Has there been any discussion in the party about this?

The Communist Party of Nepal (CPN) is in the Parliament. There is no Oli group and Prachanda-Madhav group there. Everyone knows about the issues of the government outside this.

The process of change of government has started in the Parliament while the Congress is the main opposition party. The Congress does not go beyond the traditions and norms of the parliamentary system. The government’s offer is not just a political issue. coming to the Parliament!

So the Congress is now waiting for the split of the CPN?

The thing is, only the Congress knows about matters within the Congress. The communists know about the communists’. Nothing will happen in the CPN as we say it will. Nothing happens in our party just because of the CPN. The CPN first has to decide whether a division will take place.

So we are not waiting for the CPN to break. But when they have a problem, then they have to come to a conclusion! The Congress has said that Prime Minister Oli’s move is unconstitutional. One faction in the CPN has also opposed Oli’s move. Seen in this light, a section of the CPN agrees with Congress on opposing the dissolution of the Parliament. Now this has to be introduced into the parliamentary process. Let’s see how the issues come up in Parliament.

So, if the CPN splits, will the Congress form a government with one side?

I don’t know how appropriate it would be to talk about the government right now. The Parliament has to sit for a meeting. How will things proceed? I can speak only theoretically. The five-year mandate given by the people has been devalued by the CPN. The CPN has done the job of rejecting the mandate of the people by revealing its party’s disputes.

The CPN has got the mandate. Now they cannot run because their intentions are not right. The CPN government has become incompetent. If the practice within the parliament seeks an alternative to the Oli government and the leadership of the Congress, then the Congress will not back down! But this is more a matter of the constitution and Parliament than what the Congress wants. If required, the Congress will take the lead in activating the House of Representatives for the entire term. 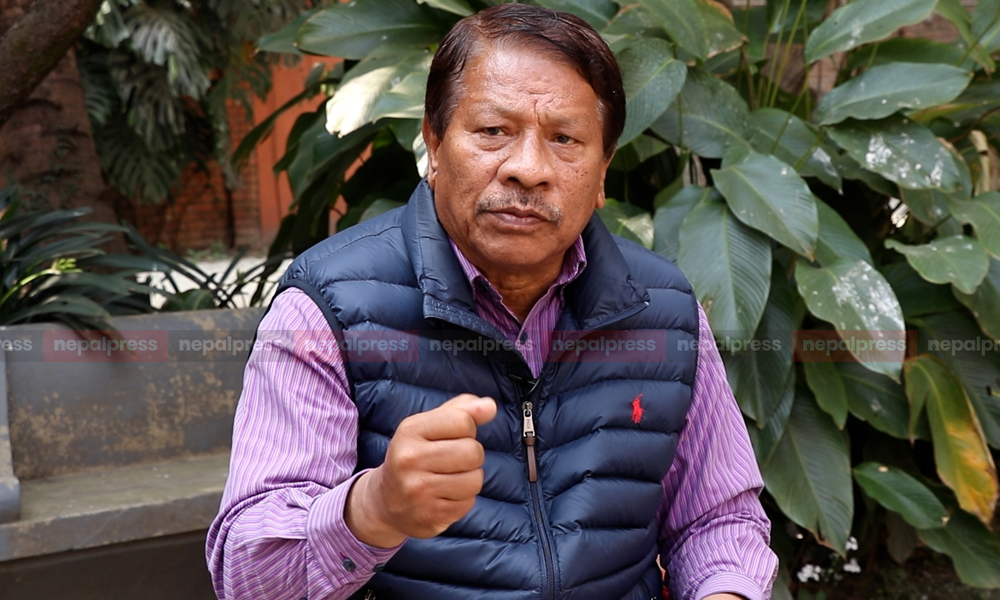 If the Congress leads the government, will the Chairman and parliamentary party leader Sher Bahadur Deuba become Prime Minister or will there be a discussion on alternatives?

You see, this is ‘politics’. In politics, this or that cannot be said immediately. Deubaji is also our Chairman and party leader. He has not been able to work according to the party’s constitution. Unable to do the work he was supposed to do during his tenure, he extended the term by one year without even holding a general convention.

The General Convention could not be held under his leadership even after the extension. Now, with the help of the constitution, the term has been extended for six months. Therefore, he has the responsibility to preserve the legitimacy of the party by holding a general convention in August. The General Convention is equally important to us. Deubaji failed in that. In my opinion, he should fulfill the responsibility of convening the party’s general convention rather than rushing for the government.

You are also the ‘Leader in Waiting’ of the Congress Parliamentary Party! If the Congress leads the government, do you have a claim on the Prime Minister or not?

It depends on what time and circumstances ask for. There will be a discussion about this even within the party. But people are not afraid of the situation that will arise. If you are afraid to become the Prime Minister, why conduct politics? I am also capable and ready to lead the country by becoming the Prime Minister. Therefore, if there is a situation where the Congress is in the lead, then I have a claim. Maybe there will be a cordial discussion about me within the party! Why talk too much right now? Let the atmosphere build first. I am ready.