Ghazal: A gateway to literature for Nepali youngsters

Manu Manjil is celebrity poet in Nepal. This South Asian Youth Prize winner poet was once a popular ghazal orator during his college days. Even today, Ghazal Parag, an anthology of Nepali ghazals published by Nepal Ghazal Academy about half a decade ago, contains a ghazal by Manu Manjil. 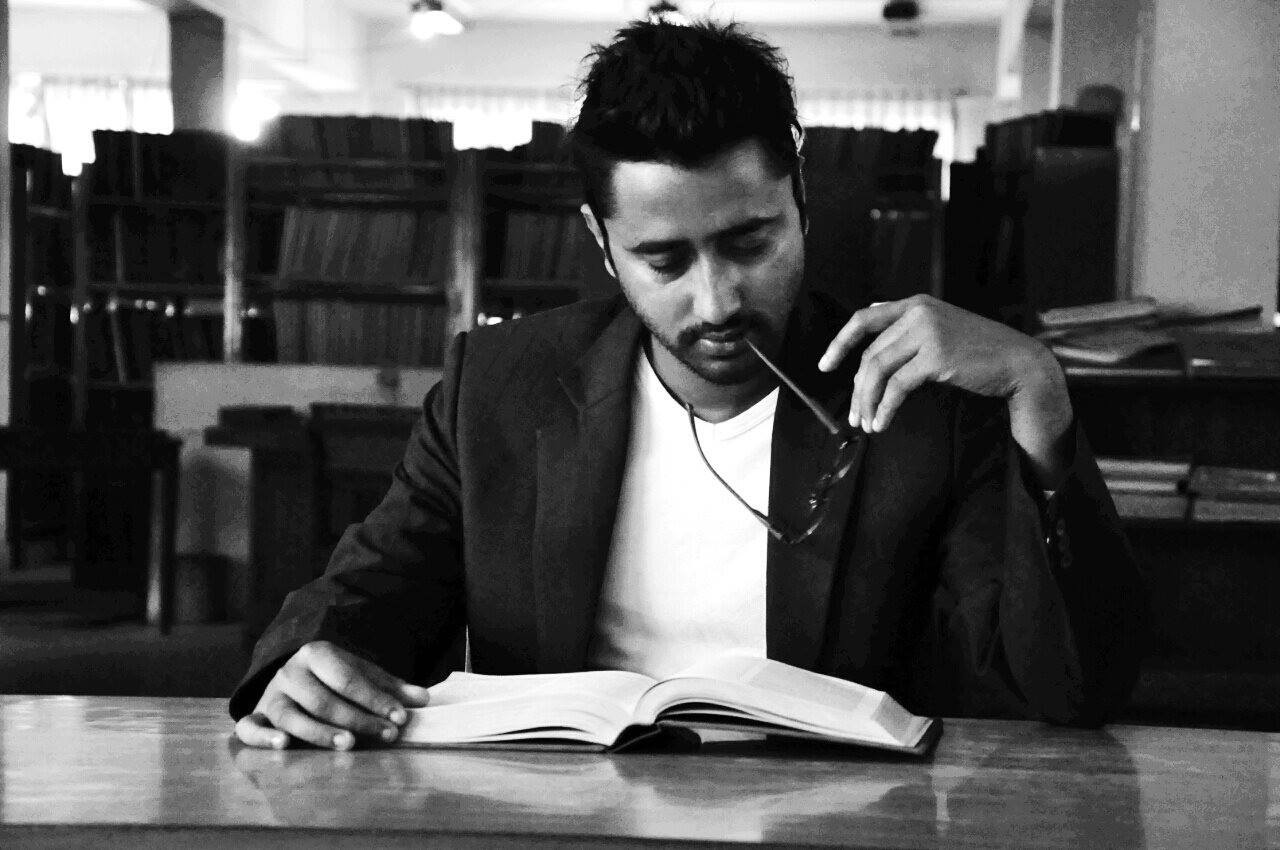 Visibly, all poets were/are ghazal lovers, if not ghazal writers, at some point in their youth. A ghazal recitation, be it in the plains of Jhapa or on the hilltops of Accham, draws a  significant audience, mostly youngsters. Touching ghazals witness more ‘likes’, ‘comments’ and ‘shares’ in social media giants like Facebook, Youtube and even TikTok.

Generally, literary programs are run indoors. However, ghazal recitations are held in open air and they receive more footfalls compared to other genres of Nepali literary lines. Ghazals have a strong hold in the fringes of urbanity and also in the vicinity of rural regions. There are some instances where ghazal recitals are organized with sold-out tickets for euphoric audiences, especially in Kathmandu and some other Nepali cities outside the capital. 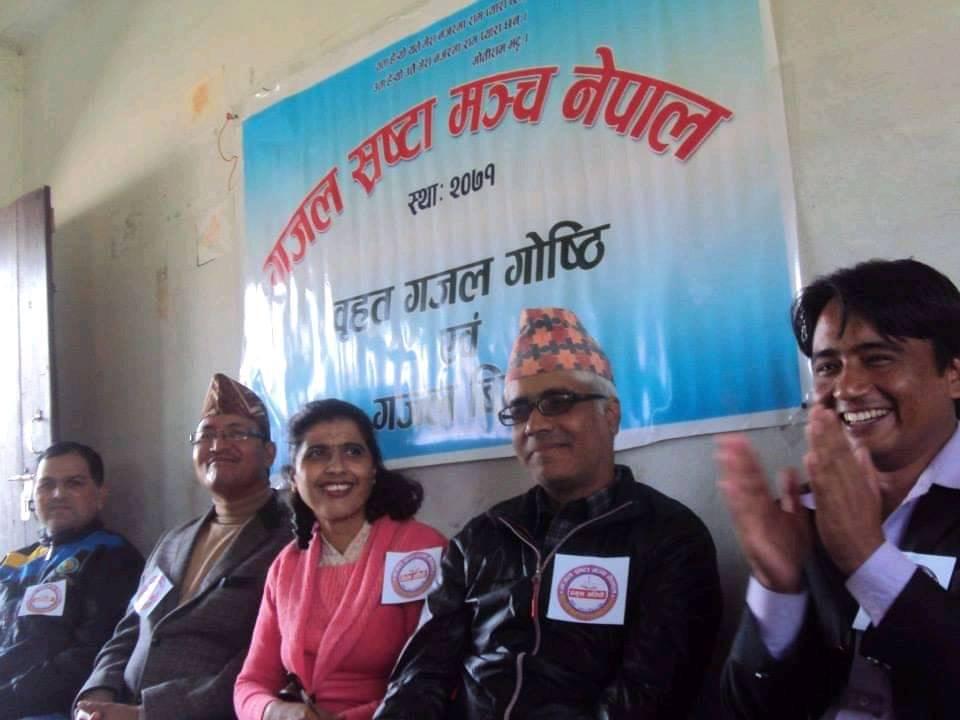 Of late, Nepali cinema and music fraternity are also hooked onto the popularity of ghazals in their new releases and editions. Given the popularity rating and Youtube download statistics, ghazal videos and audios are chart toppers. All this is owing to the increasing inclination of the youth populace towards Nepali ghazals. Almost all colleges have at least a ghazal related institution or activity to promote ghazal writing, recording and recitation. Numerous ghazal related awards and accolades, though unofficially announced sans registration at state authority, are functional all across the length and breadth of Nepal.

Ghazal is said to be a poetic form containing rhymes and couplets. Its roots, it is said, originated from 6th century Arabic verses (Urdu). Ghazals also constitute a crucial segment of Indo-Arabic civilization in the Islamic world. Upon the arrival of Sufi Muslims, ghazals are said to have appeared in Indian sub-continent during the 12th century. Ghazals emerged in North America’s poetic world during mid-1990s with leads by John Hollander, W.S. Merwin, Elise Pachen and Shahid Ali. 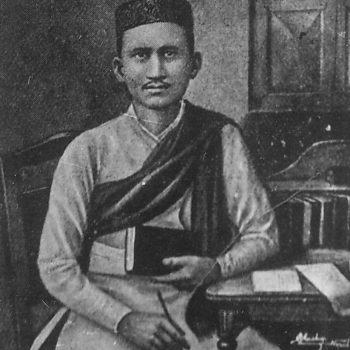 In Nepal, Motiram Bhatta is credited for being the pioneer personality in bringing ghazal into the Nepali society at around late 1880s. Motiram Bhatta was a Nepali student studying in India and was influenced by escalating ghazals’ sensation there, say ghazal experts.

Gyanuwaakar Poudel is said to be one of the few surviving litterateurs who helped flower ghazals after the void of Motiram Bhatta and his contemporaries like Laxmidatta Panta ‘Indu’, Naradev Pandey ‘Sudha’ and Gopinath Lohani ‘Nath’. Dr. Ghanashyam Parishrami is the first known Nepali ghazal scholar to have obtained a Phd. in Nepali ghazal hemisphere.

Music and melody are catalysts for the growing attraction of ghazals. Both texts and tracks make audiences spellbound, youths in particular and most age groups in general. Every couplet, also called Sher, possess an element of love, romance and a soothing sentiment.

There is a vocal logical divide in ghazal scholars and writers regarding the core terms and techniques of ghazal writing and singing. Some are of the view to give ghazals a purely musical mode with traditional trends in all its disciplines. Ghanendra Ojha, an ardent supporter of traditional ghazals, argues that ghazals must be written, recited and sung in established traditional formats and principles.  Yet, there is another portion of ghazal-loving populace and litterateurs who make advocate that all ghazals are not necessarily meant to record and play.

Given its complex lyrics and not-so-easy vocabulary, ghazals are likely to flow into ‘elite-only’ genre of literature. For this to repeal, emerging ghazal writers and prominent ghazal scholars are critical of the overly tight discipline and suggest to simplify phrases and lose the strict discipline.

Currently, Nepali ghazal writers writing in contemporary styles i.e. with simplifications and liberal ideas, outnumber those that use the traditional ways of ghazal writing. These days, ghazals have crisscrossed all spectrums – society transcending love, politics, patriotism and more.

Ghazal is organic Asian literature to have come out of Asian soil and sweat.

Though written and read in the western world, ghazals in South Asia, specially Pakistan, India and Nepal are in a ballooning proportion on everyday pattern. Millions of readers, thousands of writers and ever increasing volumes of new releases herald a happy hour for this Asian-flavored literary genre in this part of planet.

Nepali ghazal writers have taken satisfactory dimensions in ghazal writing, which exist even in larger ethnic and widely spoken regional and local languages. The biggest and brightest foothold of Nepali ghazals is its mass following and surging influence in all spectrums of society.

Some disputes exist on whether ghazal is a purely independent genre of literature or part/form of poetry. However, nobody can deny that ghazals are making strides in Nepali society which augur for better days in the horizon ahead.